“Today, I am here to say to Maine people: help is on the way. You are our greatest asset – and this budget delivers for you.”

One day after winning the overwhelming support of the Legislature, Governor Janet Mills signed the supplemental budget into law today.

The budget delivers $850 direct relief payments to Maine people to help with the high costs of inflation– one of the strongest relief proposals in the country. It provides tax relief to working Maine families and two years of free community college to pandemic-impacted students, among other important initiatives.

In total, the budget give back is expected to deliver $1,700 in relief to the average Maine household.

“We have shown once again that through hard work, Democrats, Republicans, and Independents can come together to do what is right for Maine people — and that we can do so without the rancor or bitter partisanship that has divided Augusta in the past,” said Governor Mills. “We may not be able to control inflation or global markets, but we can make sure that Maine people have what they need to grapple with these rising costs – and that is what we are doing. Today, I am here to say to Maine people: help is on the way. You are our greatest asset – and this budget delivers for you.”

With Governor Mills’ signature, the emergency legislation takes effect immediately. At the direction of the Governor, the Department of Administrative and Financial Services (DAFS) will issue the payments as quickly as possible to an estimated 858,000 Maine people – with a target date of June 1, 2022 to begin delivery. The payments will be delivered via mail, which is the most reliable method of distribution, to ensure that the money is delivered without significant error.

“Thanks to the partnership between this Administration and the Legislature, we have once again achieved a budget that balances Maine’s spending as required by law while also delivering much-needed relief to Maine people in a way that protects both our citizens and the State’s fiscal stability against future economic downturns,” said Kirsten Figueroa, Commissioner for the Department of Administrative and Financial Services. “We will begin the work immediately of getting $850 checks into the mailbox of every Maine adult who qualifies, and, as always, will continue to carefully monitor the Maine economy, the wellbeing of Maine people, and Maine’s fiscal health, investing in long-term solutions while maintaining the State’s solid financial position.”

Highlights of the supplemental budget include:

Read a complete one-pager on the supplemental budget (PDF).

The supplemental budget is balanced and takes a cautious, fiscally responsible approach, dedicating more than 75 percent of the surplus to one-time initiatives rather than ongoing spending after the nonpartisan Revenue Forecasting Committee noted that the long-term revenue projections are “volatile and susceptible to significant downside risk” in the years to come.

It constrains net appropriations to just $172 million of the $1.2 billion surplus, dedicating more than 75 percent of the surplus to one-time initiatives and savings as a hedge against economic uncertainty, rather than ongoing spending. The proposal results in a $8.67 billion General Fund budget. The currently enacted General Fund budget is $8.5 billion.

It builds off a previous budget measure – also passed nearly unanimously by the Legislature – that achieves 55 percent of the cost of education, fully restores revenue sharing with municipalities, replenishes the Land for Maine’s Future Program, and provides a total of $371 million in relief to Maine people and business, including $285 Disaster Relief Payments to more than half a million Maine people. 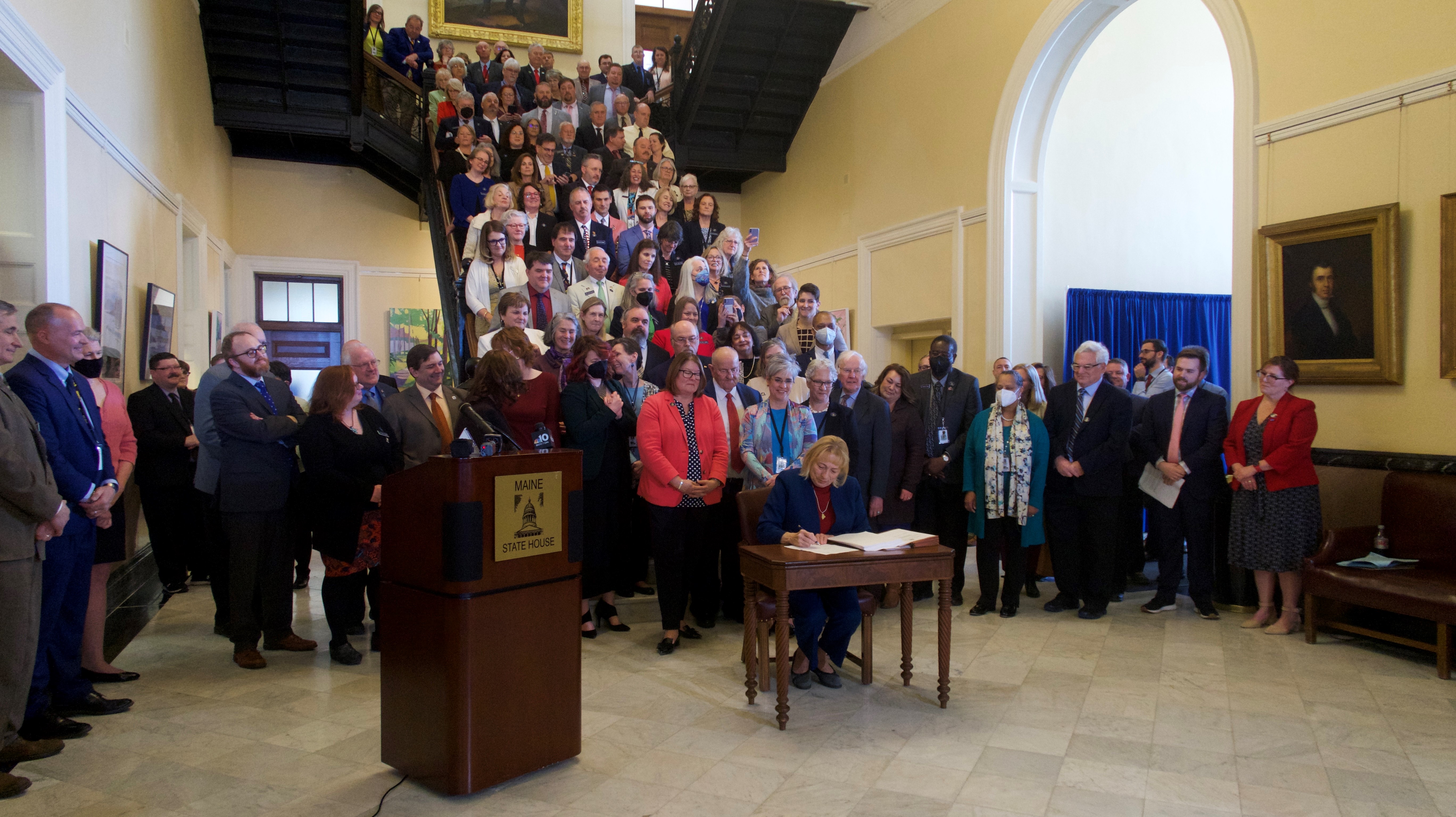