Governor Janet Mills today signed legislation, sponsored by Senate President Troy Jackson and enacted unanimously by the State Legislature, to keep Maine Veterans’ Homes in Caribou and Machias open. Governor Mills has proposed $3.5 million in her budget change package, which is also currently being considered by the Legislature, to fund the measure.

“I am proud to sign this bill into law. Our promise to Maine veterans is that we will stand by them, just as they stood by us in their service to our state and our nation. The veterans who live in the Caribou and Machias homes, along with their families and the hardworking, compassionate staff, all deserve for these facilities to stay open,” said Governor Janet Mills. “I thank Senator Jackson for sponsoring this important measure, which I am funding through my budget proposal, and I thank the Legislature for their unanimous support – a clear testament to Maine’s unwavering support of our veterans.”

“In Augusta, politicians talk an awful lot about standing up for rural Maine, fighting for rural Maine and making sure rural Maine doesn’t get left behind. We often use the same lofty rhetoric to talk about our veterans. Today, with the help of Governor Mills, the Maine Legislature matched those words with action by passing LD 2001 and keeping our promise to Maine veterans,” said President Jackson. “I’m so grateful to all of the veterans, family members and staff at the Maine Veterans’ Homes in Caribou and Machias who reached out and shared their stories. The fact that we were able to put a stop to this injustice is a testament to our community.”

“When we lead from the front — into the wind, into the tide, or through the fire — we can achieve great things. With our votes today, by enacting this important piece of emergency legislation, we will achieve a great thing — we will keep veterans in their homes. It is part of our moral obligation,” said Senator Craig Hickman, D-Winthrop, Chair of the Legislature’s Veterans and Legal Affairs Committee. “I thank President Jackson for bringing this bill forward. I thank the Governor and her administration for helping the committee work out this language that will strengthen the public-private partnership between the Maine Veterans’ Homes and the great state of Maine.”

LD 2001, An Act To Fund and Support the Veterans Homes in Caribou and Machias and Require Legislative Approval for the Establishment and Closure of Veterans Homes makes clear the intent of the Legislature in the creation of the Maine Veterans’ Homes; lays out a public and transparent closure process that requires legislative approval; and puts back into statute the six municipalities where Maine Veterans’ Homes must be located. Governor Mills has dedicated $3.5 million in her change package to support the law.

Upon learning of the Board’s vote to close, Governor Mills and Senate President Jackson have fought to keep the Veterans’ Homes in Caribou and Machias open. Governor Mills wrote to the Board of Trustees (PDF) to express her concerns, asking them to reconsider their decision and informing them that she had instructed her Administration to be prepared to help them consider potential options other than closure. Maine’s Congressional Delegation is also opposed to the closure of the homes. 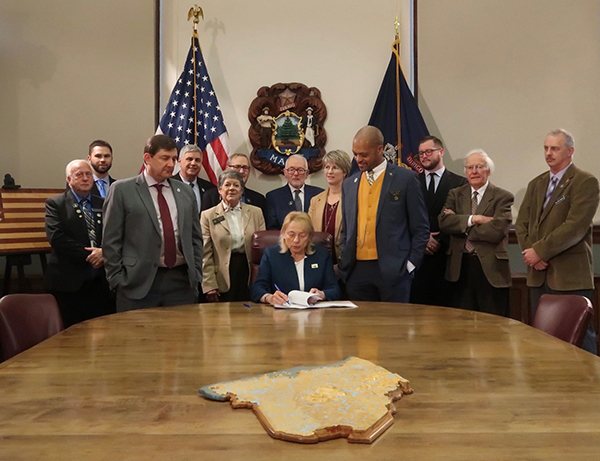 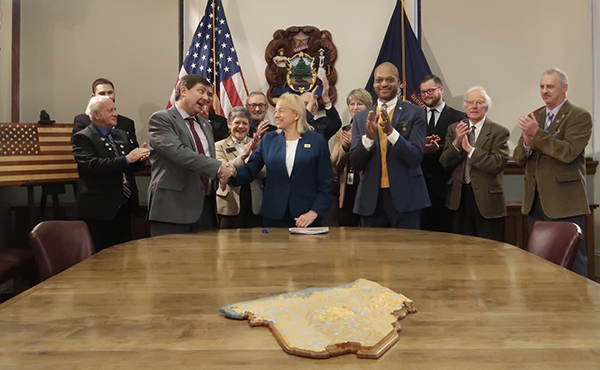 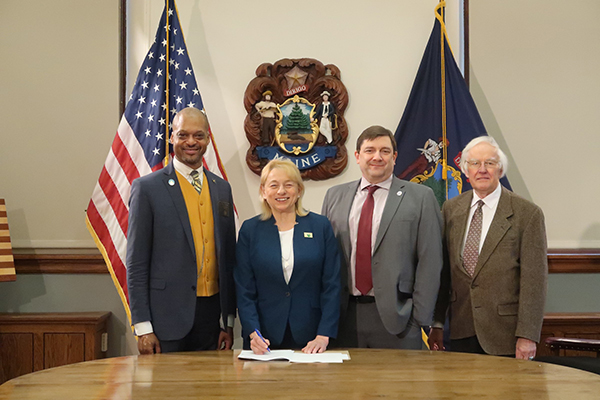