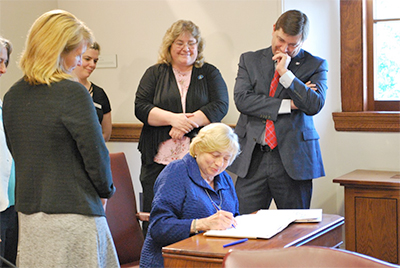 "The outrageous prices of prescription drugs are hurting Mainers, especially older Mainers on a fixed and limited income. No one should have to choose between food or medicine," said Governor Mills. "With this package of legislation, Maine is taking a major step forward in tackling this issue and standing up for Maine people. I applaud Senate President Jackson, Senator Vitelli, Senator Sanborn, Senator Foley, Representative Prescott, the AARP and others who championed these much-needed bills."

"For too long, Mainers have seen their prescription drug costs skyrocket because politicians were too afraid to take on Big Pharma. Today, that changes," said President Jackson. "With this prescription drug reform package, we are delivering long-overdue relief for Mainers. I’m proud that we were able to pass into law a suite of bills that go beyond simple fixes; it brings real reform and accountability to a dysfunctional system that has long prioritized outlandish profits over people’s lives."

"The more transparency there is in prescription drug pricing, the more we’ll be able take targeted action to help reduce the costs of these life-supporting medications. This law builds on existing disclosure requirements in Maine law and seeks out data from companies whose drug prices have increased significantly," said Sen. Eloise Vitelli. "The report issued last year by the Maine Health Data Organization is a powerful tool that lets Mainers and officials know what pharmaceutical companies are charging patients. I’m glad that we’re are now able to expand on that success, to help even more Maine people."

"Mainers shouldn’t have to sacrifice their health and well-being or go into debt because the cost of prescription medication is too high," said Sen. Sanborn. "This session, my committee set out to examine this complicated issue from every angle. Our goal was to figure out how we can pull every lever possible to lower the cost of prescription drugs and hold middlemen and drug companies accountable for driving up costs. I’m grateful to my colleagues for working to pass this set of bills swiftly through the Legislature and to the governor for signing them into law."

"Thousands of Mainers are impacted by skyrocketing prescription drug costs that put their health, and even their lives, in jeopardy," said Lori Parham, AARP Maine State Director. "Our elected leaders clearly recognized that prescription drug price gouging is not a Democratic or a Republican problem. This issue is about fighting for people’s lives and putting people before profits." 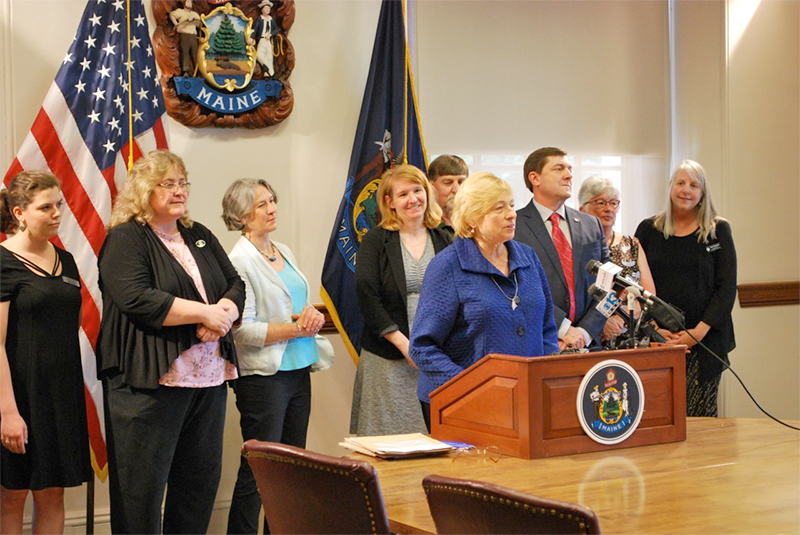 Overview of the Package: