Aroostook County is Maine’s northernmost region and the largest county in the state, bordering the provinces of Quebec and New Brunswick, Canada. Natural resources comprise a large portion of economic activity in the region, highlighted by agriculture and forestry. Manufacturing and tourism (particularly outdoor recreation) is another major economic engine for the region. 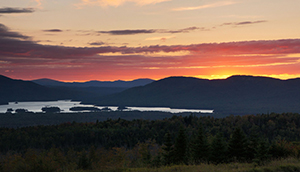 The Kennebec Valley region is the widest north-south stretch of any Maine region, stretching all the way from the Maine state capital of Augusta to the border of the Canadian province of Quebec. Key industries in this region include healthcare, manufacturing, and construction, as well as tourism and outdoor recreation. 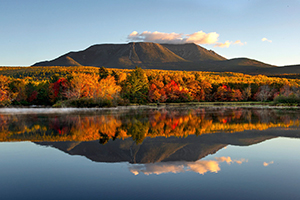 Located in the center of Maine, the Highlands include many of Maine’s natural attractions from Maine’s highest peak, Katahdin, to its largest lake, Moosehead. The Highlands is home to Maine’s flagship and grant university, the University of Maine in Orono. The University of Maine has an abundance of resources for innovators, entrepreneurs, and technology companies, providing support with research & development and commercialization needs. The leading industries in this region include healthcare and government organizations as well as retail businesses. 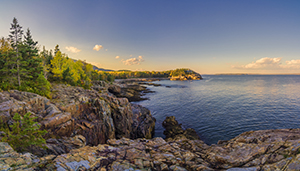 The term “Downeast” refers to the eastern coastal region of the State that covers Washington County and Hancock County. The Downeast & Acadia Region is famous for its rocky shoreline, scenic harbors and mountains-to-the sea views. This area is home to Acadia National Park, the most frequently visited location in Maine. Leading industries in this region include retail and tourism & hospitality businesses. The region also supports Maine’s heritage industries, including agriculture, fishing, and lobstering. 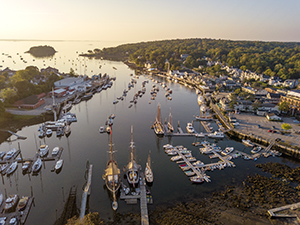 Maine’s Midcoast Region stretches from Bath/Brunswick (26 miles north of Portland), along the coast northeast to Searsport on Penobscot Bay and includes the beautiful coastal Maine towns in-between. The largest employers in this region include manufacturing and construction industries. The Midcoast is also home to Maine’s heritage fishing and agriculture industries. 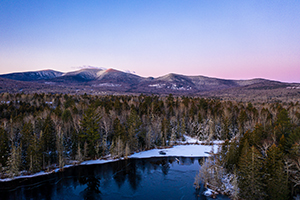 The western region of Maine, referred to as Maine’s Lakes & Mountains, stretches west and north from the New Hampshire border to Sebago Lake, less than 20 miles northwest of Portland. This region is part of the Appalachian Mountain range that stretches along the entire east coast of the United States. The leading industries in this region include government, manufacturing, and construction. 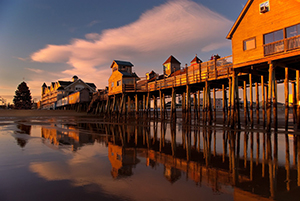 At Maine’s southern tip, The Maine Beaches region contains 30 miles of white sand beaches. An hour north of Boston and south of Portland, the region stretches from Kittery to Old Orchard Beach. Major industries in this region include government, retail, manufacturing, and tourism/hospitality. 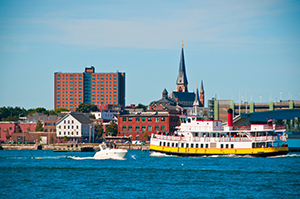 Maine’s Greater Portland & Casco Bay region stretches east to Casco Bay, west to Sebago Lake, south to Scarborough, and north to Freeport. It is home to Maine's largest metropolitan area. The Portland region has seen strong growth in bioscience and is consistently rated very highly in livability. The prominent industries in the region include: