"Maine is the most heavily forested state in the country, which means that wildfire prevention is something that we must take very seriously," said Governor Mills. "It is why Maine Forest Service Rangers, like Ranger Specialist Kent Nelson, are so important. Their efforts, along with those of fire departments across Maine, are critical to keeping our state safe. I am honored to congratulate Specialist Nelson on this well-deserved recognition and thank him for his efforts to safeguard our forests and protect Maine people."

"Creating awareness of ways to reduce human-caused wildfires ignition is a critical role for Maine Forest Service, and Ranger Specialist Kent Nelson is a gifted and talented ambassador to this cause who has repeatedly demonstrated creativity and innovation in crafting and disseminating engaging and effective messaging to educate the public," added DACF Commissioner Amanda Beal.

Smokey Bear awards have been bestowed on well-deserving groups and individuals annually since 1957. The Silver Smokey Bear Award specifically recognizes organizations or individuals for outstanding wildfire prevention service that is regional (multistate) in scope over at least a two-year period. The National Association of State Foresters, the USDA Forest Service, and The Ad Council sponsor the Awards, and nominations are considered and voted upon by members of the Cooperative Forest Fire Prevention Committee.

Ranger Nelson has worked in the Maine Forest Service for two decades, serving as Maine's wildfire prevention specialist a role in which he administers Maines wildfire prevention and FireWise programs and raises public awareness on how to prevent wildfires. In 2019, with Northeastern Forest Fire Protection Compact colleagues, Ranger Nelson implemented a year-long campaign dedicated to preventing wildfires by celebrating Smokey Bear's 75th birthday.

Maine has already seen over 100 wildfires in 2021, and 2020 was a record-breaking year. During Wildfire Awareness Week, the MFS Forest Protection Division and municipal fire departments need everyone's support to prevent wildfires. Maine averages over 550 wildfires annually, over ninety percent of which are caused by people, destroy valuable natural resources, property, and threaten human life.

Wildfire safety starts with knowing and obeying local laws and regulations. Everyone is asked to check with their town hall, local fire service, or the Maine Forest Service before burning. Other critical steps to preventing wildfires include mindfulness of weather conditions, particularly wind, and using only easily controlled locations for burning. Most importantly, never use flammable gas-propellants. 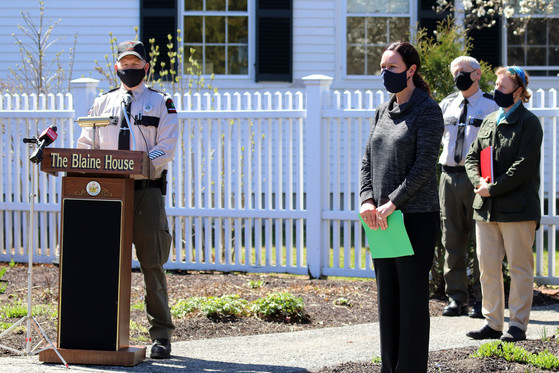 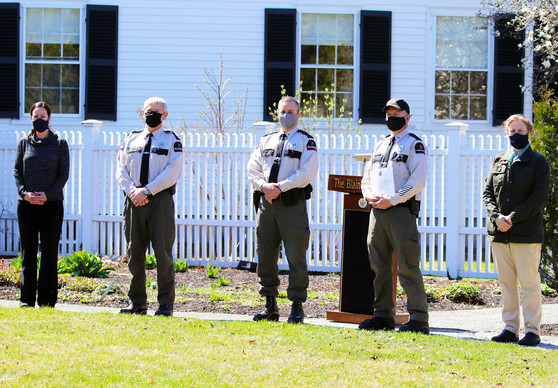