AUGUSTA, Maine - Yesterday, Department of Agriculture, Conservation and Forestry (DACF) Commissioner Amanda Beal named Caitlin Hunter the recipient of the 2023 Commissioner's Distinguished Service Award. Hunter invested more than 40 years in raising goats and making cheese and has been called the "Bedrock of the Maine Cheese Guild" and "cheesemaker extraordinaire." The Commissioner's Distinguished Service Award is presented to individuals who have significantly contributed to Maine agriculture. The award was presented at the DACF's Maine Agricultural Trades Show Commissioner's Luncheon on Tuesday, January 10, 2023, in front of representatives of all four Congressional offices, state legislators, past DACF Commissioners, and over 300 friends of Maine agriculture.

"I am honored to present Caitlin Hunter with the Distinguished Service Award. She has earned this recognition because of her pioneering vision, determination, and ongoing mentorship and support of newer cheesemakers that has helped to foster innovation and creativity, as well as growth in the number of creameries in Maine," Commissioner Beal said. "Cheesemakers across Maine applaud Caitlin today for inspiring an industry with her remarkable skill and leadership."

Caitlin Hunter's cheese making started over three decades ago when she began selling her soft goat cheeses at a local farmers' market. In a little over a decade, she acquired more goats, built a barn and a brand, and received state licensing for Appleton Creamery. Her products reached consumers through sales at the Belfast and Camden Farmers' Markets. With support from MOFGA, she and other cheese makers formed the Maine Cheese Guild in 2003. Through guild classes, the skill set of Maine cheese makers expanded, and the Maine artisan cheese sector was launched. Today, after retiring from cheesemaking to enjoy life with her husband, Brad, she offers her knowledge to the industry through her consulting business, Capercaillie Consulting.

"As the Maine Cheese Guild celebrates its 20th anniversary in 2023, it is exciting to see one of its principal founders receive recognition for the hard work and dedication it takes to succeed in running a cheesemaking business while mentoring many others along the way. Since forming the Guild in 2003 with Caitlin's leadership, we have grown from a couple of dozen cheese producers to over 80. I offer heartfelt congratulations to Caitlin from myself and her many friends throughout the entire cheesemaking community for receiving this honor from Commissioner Beal." - Ron Dyer, Executive Director, Maine Cheese Guild

"Caitlin has been the Bedrock of the Maine Cheese Guild going back to the beginning when she served as its first President. It goes further back, however, as she is one of the 'Original Goatmothers' who created the modern Maine cheese movement we know today. It was Caitlin, together with women like Barbara Brooks from Seal Cove Farm, Marge Lupien from Mystique, Penny and John Duncan from York Hill farm, Pixie Day of Sleighbell Farm, and Helen Ramsdale from Ram's Farm, that re-established a cheesemaking culture in Maine that had been snuffed out by post-WW2 industrialization," said Eric Rector, Maine Cheese Guild Treasurer and owner of Monroe Cheese Studio.

"Having worked as a fellow cheesemaker in Maine for the past 20 years, I feel qualified to attest to Caitlin's cheesemaking passion and skills. Besides being one of the hardest-working women, she has always been generous with her knowledge, moral support, goats, and even her cheesemaking facility. And a tireless promoter of all Maine cheeses. Besides, she makes damned good cheese that is always beautifully displayed. I am so pleased that she has earned this well-deserved award," said Anne Bossi, owner of Sunset Acres Farm and Dairy.

"Caitlin is responsible for our Kennebec Cheesery success. I first met her at a Women in Agriculture conference soon after we arrived from New Zealand in 2001 and were deciding what farming direction to take. We had thought about a goat cheese operation, and she wholeheartedly encouraged us. I attended the first cheesemaking workshops she organized through the Maine Cheese Guild and, in 2006, bought ten of her young stock, which became the foundation of our herd. She has been a wonderful mentor to us and many others here in Maine. Congratulations, Caitlin, on this well-deserved honor," said Jean Koons, Maine Cheese Guild Board Member and owner of Kennebec Cheesery.

Two Commissioner's Distinguished Service Awards were presented through online ceremonies while the show was staged virtually. Penelope (Penny) Jordan, a fourth-generation farmer in Cape Elizabeth and local community organizer, earned the 2021 award. The founders and owners of Four Season Farm in Harborside, Barbara Damrosch and Eliot Coleman, earned the 2022 award.

Maine is home to 176 dairy farms that care for herds of dairy cows, goats, and sheep and steward 700,000 acres of fields, pastures, and croplands. Because of their work, the state boasts award-winning cheeses, yogurt, ice cream, and butter made exclusively with Maine milk and cream. Maine is among states where micro-creameries can heat-treat fresh and fermented dairy products, such as yogurt and cheeses, and sell to shoppers under a state dairy licensing program, which has helped establish nearly 80 micro-dairies. Maine dairy farmers and creameries provide 4,733 direct and 10,201 indirect jobs, generating an estimated $904 million in direct and $1 billion in indirect economic impact. 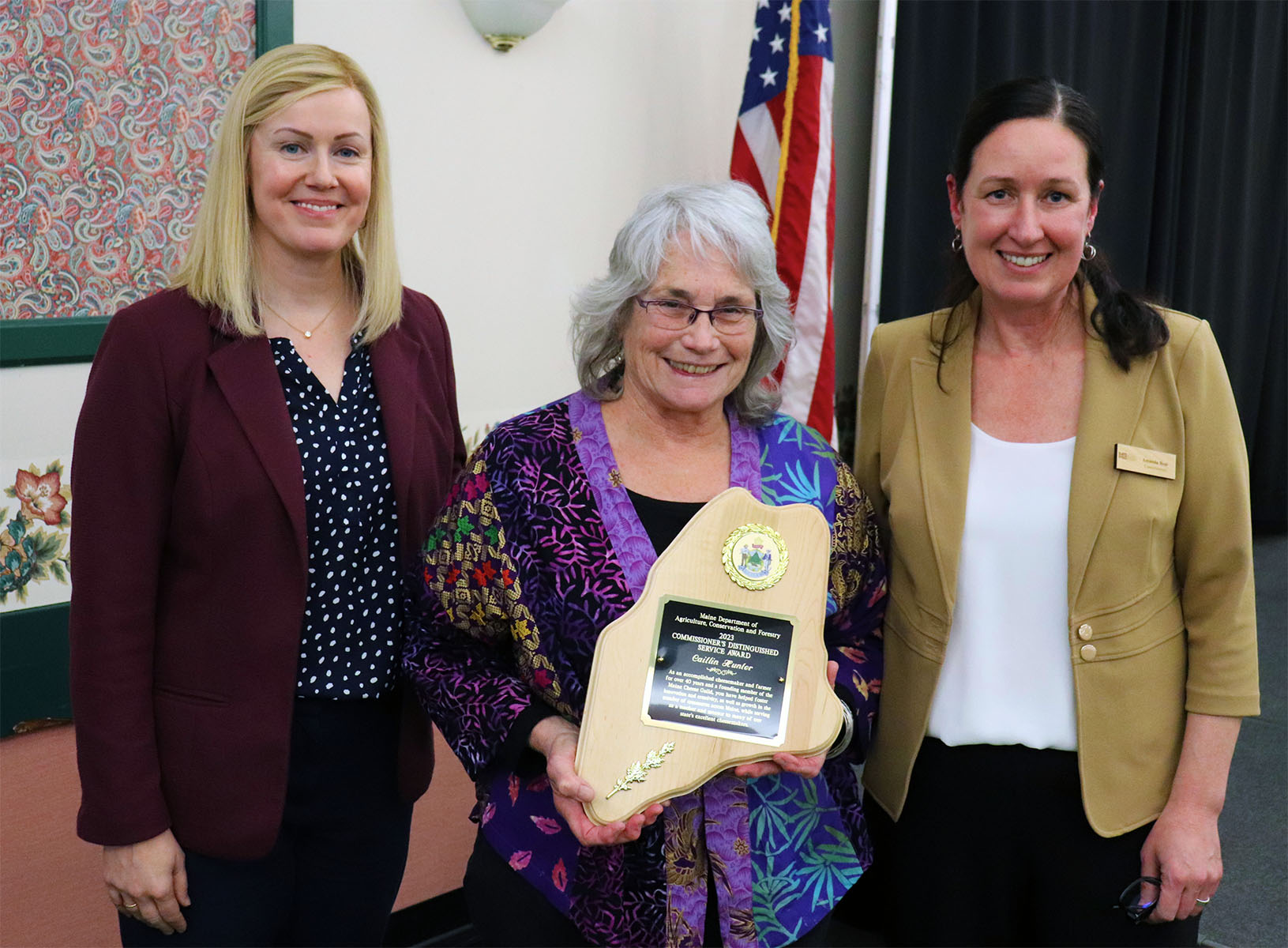