State officials have been prepared for the destructive insect’s arrival

AUGUSTA – Officials at the Maine Department of Agriculture, Conservation and Forestry (DACF) report that emerald ash borer (EAB) has been found in Maine. Despite an aggressive search for at least a decade, the destructive forest insect from Asia had not been detected in Maine previously. It has killed hundreds of millions of ash trees in thirty-four states throughout the country. The estimated commercial (unprocessed) value of Maine ash trees is approximately $320 million.

United States Department of Agriculture (USDA) officials with the Animal and Plant Health and Inspection Service (APHIS) have confirmed the identification of a pre-pupa found in Madawaska, Maine. The discovery was made by a joint DACF – U.S. Forest Service (USFS) team on May 22, 2018. The team had responded following the discovery of EAB in Edmundston, New Brunswick, just across the river from Madawaska.

The Maine DACF has long anticipated the arrival of EAB and the inevitable destruction that follows. Public outreach has been conducted for fifteen (15) years. Experts have long believed that the insect has been present Maine but undetected despite an aggressive effort to find it. Its discovery in Quebec, Vermont and New Hampshire further added to the growing concern.

State and federal officials are meeting to implement a statewide emergency-response plan. To determine the extent of the infestation, a multi-agency survey effort has been launched including personnel from the Maine DACF, APHIS and USFS.

As recently as April 26, officials conducted a multi-agency tabletop meeting to create an emergency plan for responding to EAB’s eventual discovery and implement a planned response. That is now underway.

Additional information will be released as more is learned from teams in the field and as data is processed.

Emerald ash borer was first discovered in the Detroit, Michigan area in 2002, though it is believed to have arrived in the 1990s. The beetle is about one half an inch and metallic green. Its larva tunnels through the wood just under the bark of ash trees and can kill even healthy trees in three-to-five years. Hundreds of millions of trees across the country have been killed.

Ash trees comprise 4 percent of Maine’s hardwood forest and are also an important street tree. Emerald ash borer threatens all species of ash trees (except mountain ash) and could have significant ecological and economic impacts. There are no practical means to control EAB in forested areas, though pesticide treatments can protect individual trees.

Slowing the spread of EAB is crucial. An emerald ash borer generally moves only about one half-mile on its own in a year, but can move hundreds of miles in a single day within a piece of infested firewood.

Emerald ash borer is not the only threat to our forests that can move in the seemingly benign firewood brought to camp. Numerous other insects and diseases can also hitchhike in firewood. Spread the word: use local firewood. If you have friends or family planning to visit Maine, make sure they are aware of the state and federal rules that ban movement of untreated firewood (www.maine.gov/firewood). Sources of treated or local firewood can be found online at firewood scout http://firewoodscout.org/s/ME/.

More information about emerald ash borer is available at: 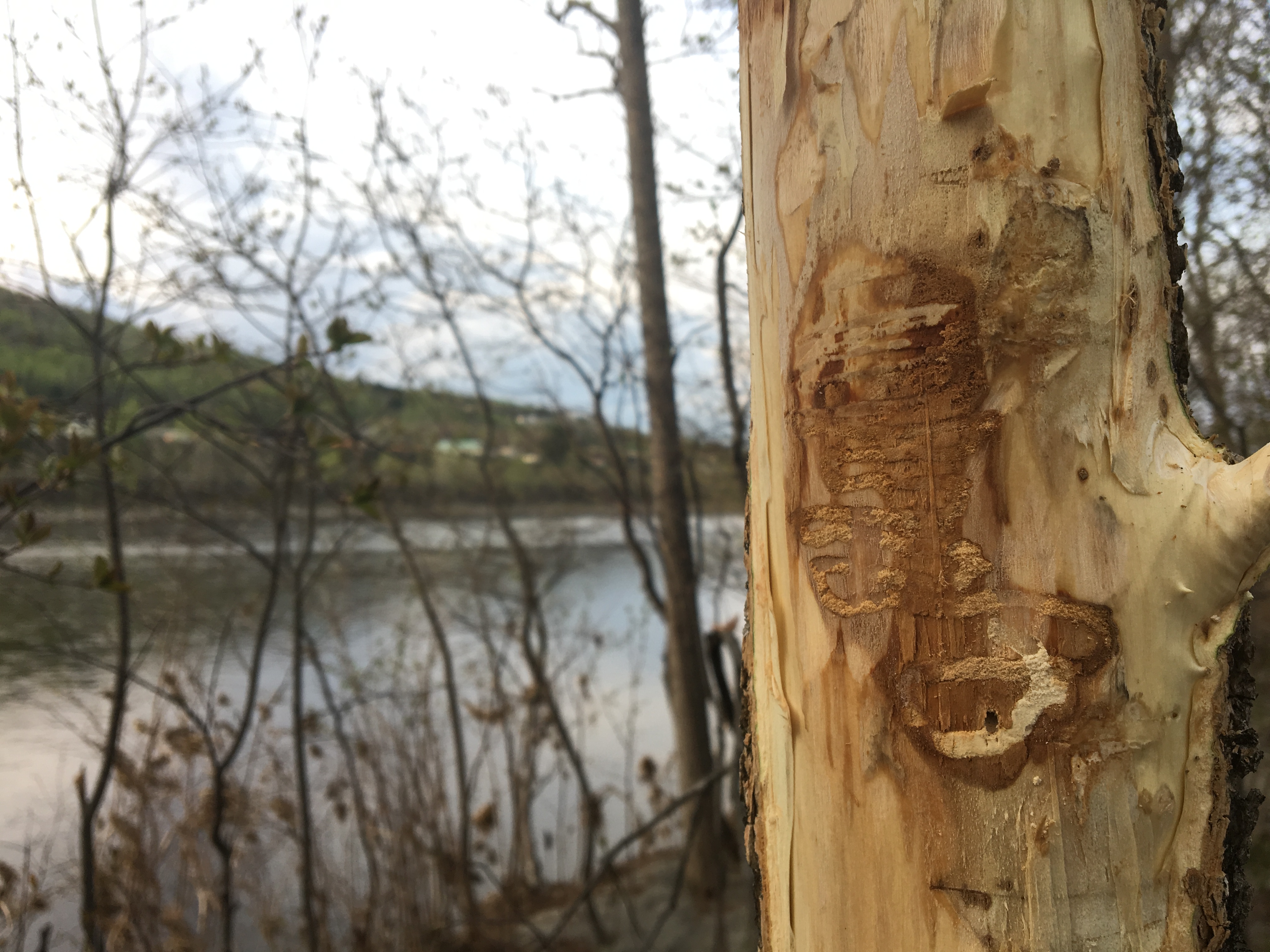