Augusta - The Maine Forest Service asks everyone to check cars, trucks, boats, bikes, ATVs, and other vehicles for wandering browntail moth (BTM) caterpillars. Now through late June, BTM caterpillars become expert hitchhikers. When they catch a ride, BTM may set up house in a new area and cause irritation to people and destroy foliage on trees and shrubs at their new location.

Reduce the chances of picking up browntail by avoiding parking and storing materials and equipment near infested trees.

BTM is an insect of forest and human health concern accidentally introduced into Somerville, MA, from Europe in 1897. By 1913, the insect spread to all New England states and New Brunswick and Nova Scotia. Since then, populations of this pest slowly decreased due to natural controls until the 1960s, when the BTM was limited to Cape Cod and a few islands off the Maine coast in Casco Bay.

Maine is experiencing a BTM outbreak. The caterpillars are found in patches along the Maine coast and more than 60 miles inland from the western Maine border to the New Brunswick border, with the greatest concentrations in mid-coastal Maine and the capital region.

Learn more about BTM, be aware, and skip the itch! 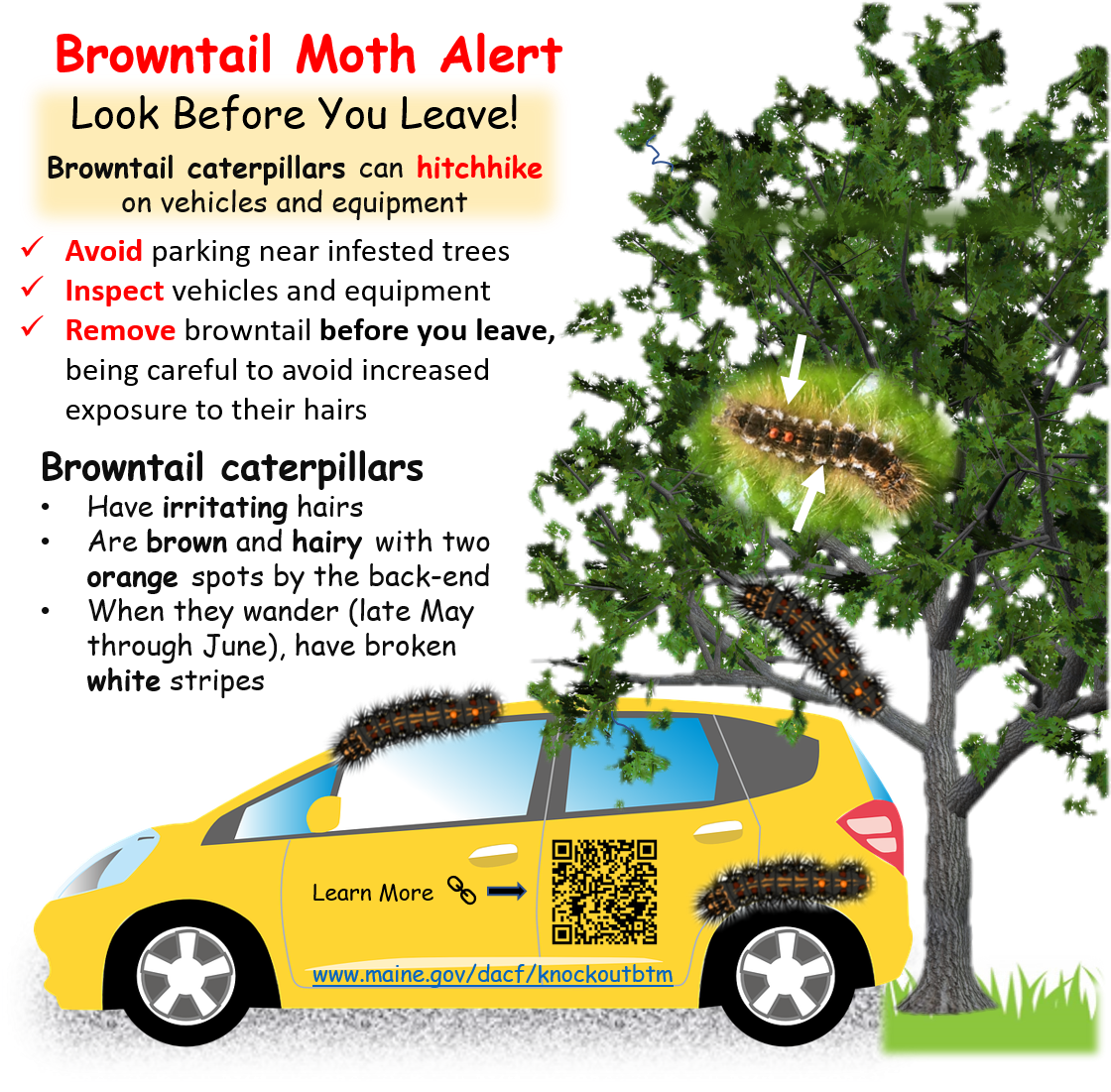 Reduce the chances of picking up browntail by avoiding parking and storing materials and equipment near infested trees. (Courtesy Maine Forest Service) 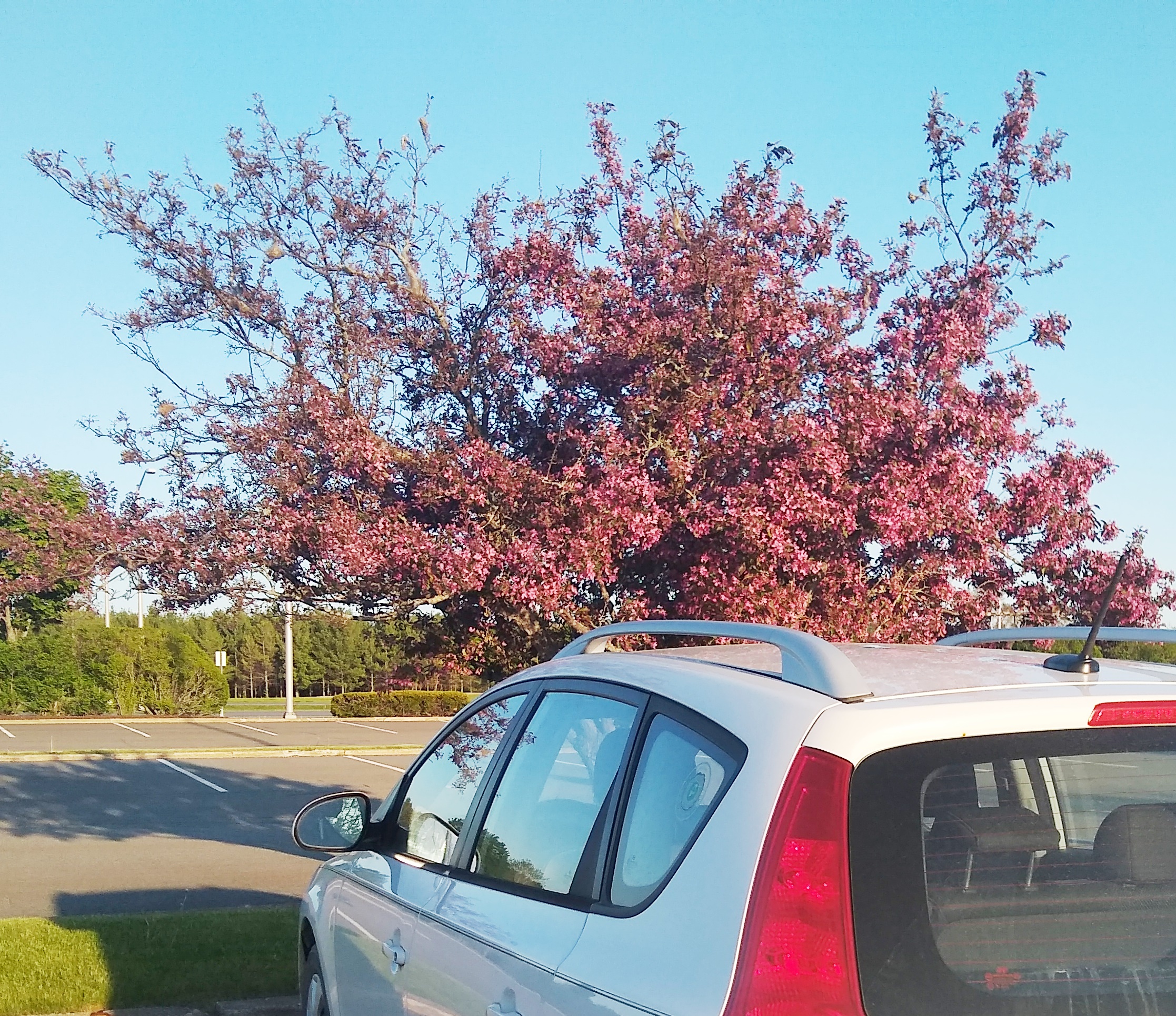 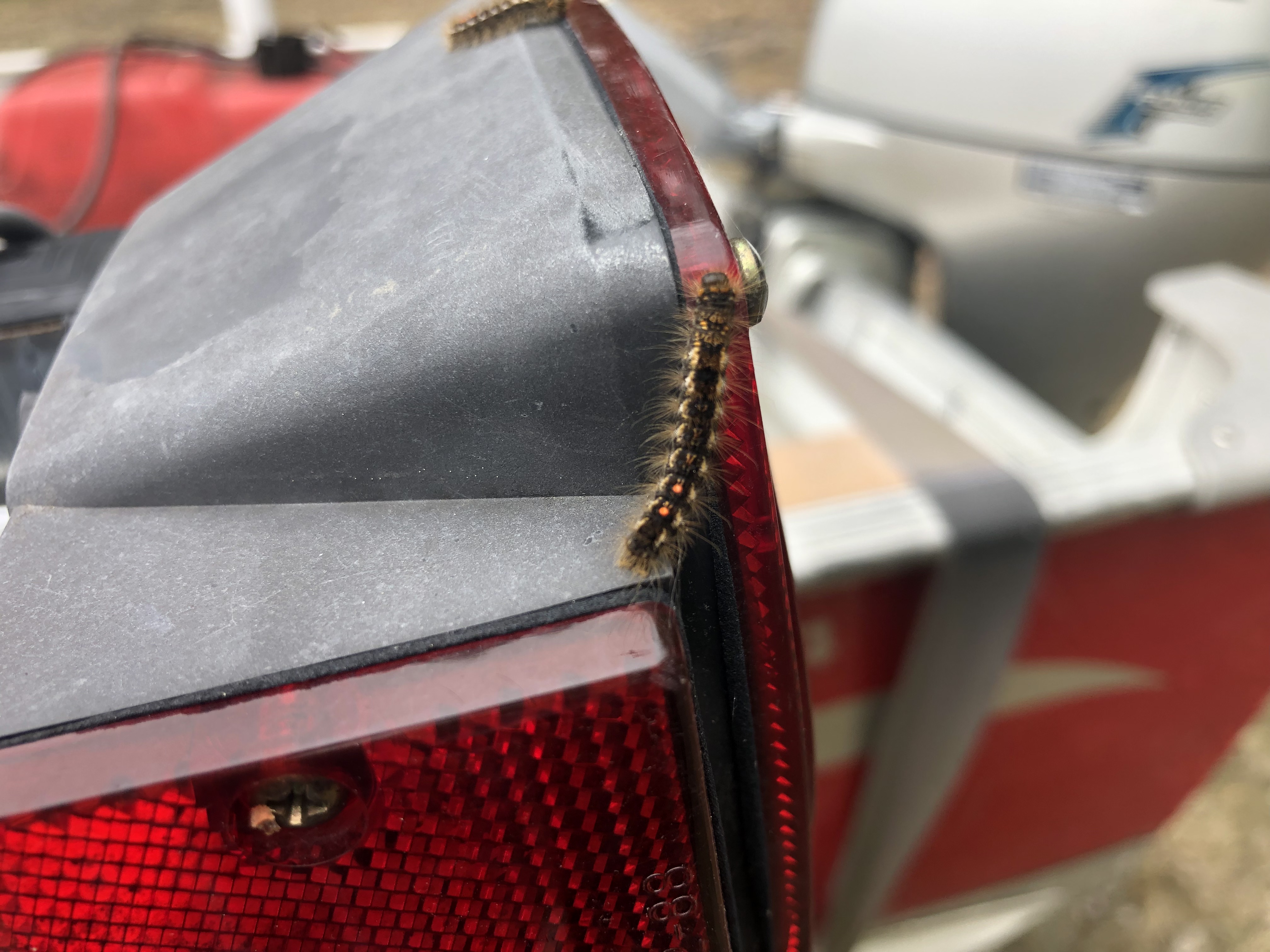