AUGUSTA—H. Sawin Millett of Waterford received the Commissioner’s Distinguished Service Award today at the 75th Annual Maine Agricultural Trades Show Commissioner’s Luncheon. Governor Paul R. LePage joined Commissioner Walt Whitcomb to present Millet with the award in recognition of the notable contributions to state government and Maine agriculture. The annual award has been given since 2001.

“Sawin’s thorough understanding of state budgeting and financial operations, combined with his vast institutional knowledge, were invaluable to Maine,” said Governor LePage. “His great wisdom and unassuming authority commanded the highest respect from everyone in state government. Maine is a better place today because of his many contributions.”

“Today the agricultural community thanks Sawin for his many contributions that have benefited farmer and state government,” said DACF Commissioner Walt Whitcomb.

Governor LePage and Commissioner Whitcomb presented Millett with a plaque which read:

“ During your legendary five decades of service to the State of Maine, Maine’s agriculture community was always sure that our interests were not lost in the maze of complicated budgeting and lawmaking.”

Prior to serving as Commissioner of Administrative and Financial Services for Governor Paul R. LePage, Millet also worked in the administrations of several former Governors, including: James Longley, Jr. (I), Joseph Brennan (D), Gov. John McKernan (R) and Angus King (I).

A former six-term state legislator, Millett began his public service career as a teacher and coach at Carmel High School in 1959, later becoming a principal. He is a graduate of Bates College, and the University of Maine where he obtained a master’s in education in 1967. He has also served as the executive director of the Maine School Management Association, Assistant Professor with the University of Southern Maine and as a State Office Director to U.S. Senator Susan Collins.

Sawin lives in Waterford. He is a lifelong farmer, has five children, ten grandchildren and two great grandchildren. He has served as a Town Selectman and moderated town meeting in Waterford for forty years. He has been active with the Oxford Hills Chamber of Commerce, the River Valley Technology Center, Volunteers of America, the Oxford Hills Rotary and the Waterford-Stoneham Lions Club.

Hosted by the Maine Department of Agriculture, Conservation and Forestry (DACF), the Maine Agricultural Trades Show highlights Maine agriculture and the people involved through demonstrations, presentations and meetings of nearly 40 major agricultural organizations. There are over 120 exhibits featuring the newest in agricultural products, equipment and services. One of the state’s largest agricultural exhibitions, the event is expected to draw more than 5,000 people over the course of three days (January 12-14). Admission is free and open to the public.

This three-day event has something for everyone, the farmer, non-farmer, hobbyist, educator or supplier. Attendees can walk through, observe and learn about how food is harvested and processed. Farmers and producers can see the most up-to-date farm equipment and processing methods and equipment.

The complete program and schedule are available at: http://www.getrealmaine.com/. It will also appear as a supplement in all of Maine’s major daily newspapers on Friday, January 8, 2016.

For more information about the Maine Department of Agriculture, Conservation and Forestry, go to: http://protecttheharvest.com/ 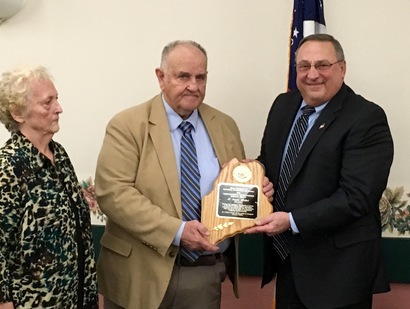