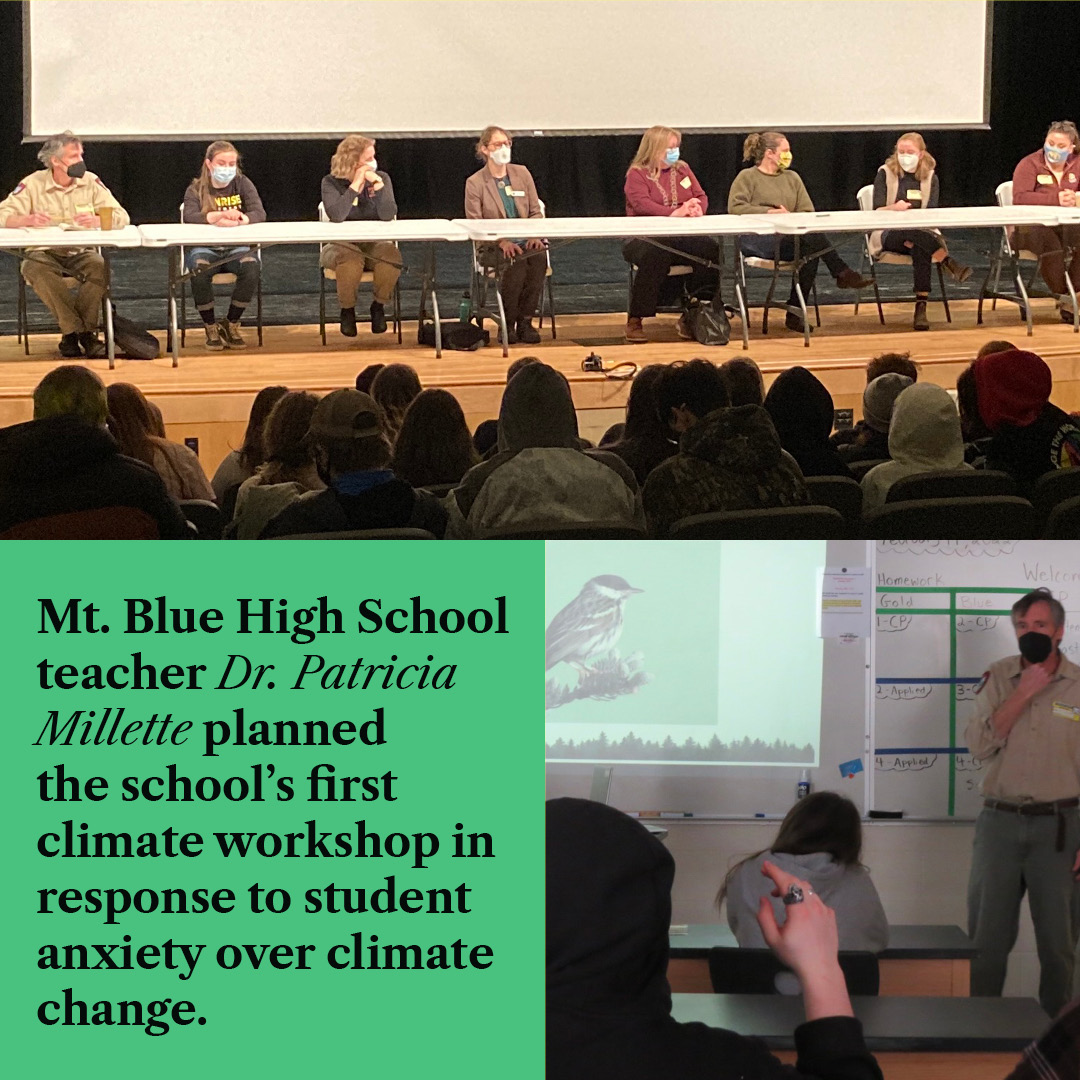 The discovery of student anxiety over climate change served as a catalyst for Dr. Millette to plan the school’s first climate workshop. Over the course of a few months, Dr. Millette recruited speakers from Maine’s legislature, farming, business, youth and climate science communities around themes designed to educate and empower students.

The thorough planning paid off. Speakers reported eyes glued to their presentations, lots of raised hands and thoughtful questions. Few if any phones were spotted. Students and parents continue to share positive feedback, including one student who expressed gratitude for being trusted with facts and not being preached to.

Dr. Millette describes how she planned the workshop agenda (PDF) - and shares lessons learned along the way.