Interested in becoming a commission member? To be considered for an appointment, all candidates must submit a letter to the Governor expressing their interest in appointment. For more information, click here.

Here is the current Commission membership along with contact details:

Thomas E. (Tom) Keller - (Seat 1) is a resident of Newcastle. Tom is the Founder and Director of STEM Education Strategies LLC. He was a Senior Research Scientist at the Maine Mathematics and Science Alliance in Augusta, Maine, as well as director of the Research Center project on science out-of-school learning from 2011 until 2019. He has been the principle investigator on several National Science Foundation grants. Tom was a senior program officer with the National Research Council's (NRC) Board on Science Education where he co-directed development of  A Framework for K-12 Science Education, which led to development of the Next Generation Science Standards. In 2007, while a program officer at the NRC, he led development of the award-winning Surrounded by Science: Learning Science in Informal Environments report. From 1986 to 2007, he held several positions in K-12 education in Maine, including being a high school science teacher, a director of instruction and eighteen years as State Science Supervisor for the Maine Department of Education. During his time with the Department, he was a co-Principal Investigator on a project that created the Maine Math and Science Alliance. Tom served as president of the National Council of State Science Supervisors, was a founder and the first president of the Maine Curriculum Leaders Association and a founder and the first president of the Computer Science Teacher Association Maine chapter. Currently, he is a member of the Board of Visitors for the University of Maine at Augusta. Tom has an Ed.D. in science education from the University of Massachusetts and a B.S. in zoology from Texas A&M University. Tom lives in Newcastle with his partner, also a Maine science educator. 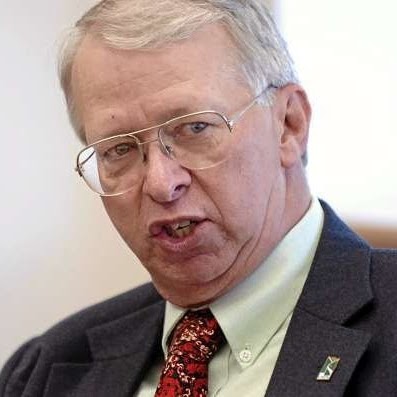 Wilson G. Hess, Chair (Seat 2) is a resident of Freedom. He and his wife Ellie maintain their home in Freedom where, since 1978 they have raised a family of three daughters on 100 acres of scattered woodland, fields and lakefront. Wilson has over 40 years' experience in higher education, including over 20 years as a college president in private independent, two-year public, and four-year public institutions. He has also been privileged to serve as a professor of history and thinks of himself first and foremost as an educator. Wilson holds a deep personal commitment to community service and has a broad range of experiences with public service, economic and community development organizations, and community betterment issues. Illustrations of his leadership in statewide educational initiatives include service as president of the Maine Independent Colleges Association, appointment by Governor Angus King to the Maine Higher Education Achievement Task Force, and being the immediate past-president of the Maine Higher Education Council. He currently serves as University of Maine System Research Professor and Senior Advisor to the Chancellor. Wilson currently serves as Chair of the State Board of Education.

Victoria Kornfield (Seat #3) is a resident of Bangor. Tori served four terms in the Maine House of Representatives, representing part of Bangor. She was the House chair of the Education and Cultural Affairs Committee for three of the four terms she served on the committee. A lifelong educator, she taught for 37 years, 30 of which were at Bangor High School. Tori has a master's degree in teaching and a certificate of advanced study in educational administration. She has traveled extensively, including a trip around the world by ship. She has been out with Maine game wardens to tag bears in their winter dents and on the red carpet at the Academy Awards. Tori feels extremely lucky to retire from a profession she loved and then to immediately begin a new career in the legislature which she found very interesting and stimulating. After being termed out of the legislature, she was appointed to the State Board of Education by Governor Mills. Tori has two daughters, four grandchildren and her late husband who was a professor at the University of Maine. 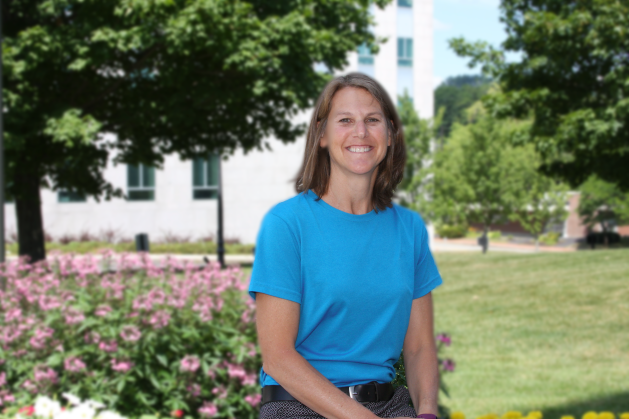 Nichi Farnham, Vice Chair (Seat 4) is resident of Bangor. She graduated from the United States Air Force Academy with a Bachelor of Science degree and received her master’s degree from Webster University. After serving 6 years in the Air Force, she and her husband Doug (the current Adjutant General of the State of Maine) decided to return to Maine to help grow the family business, Getchell Bros., and to raise their family. Nichi has served as State Senator in the 125th Legislature, as a City Councilor and Council Chair (Mayor) of Bangor and as a Bangor School Committee Member. Her Board involvement, past and present, includes the Bangor Y, United Way of Eastern Maine, Eastern Maine Healthcare System, Bangor Nursing and Rehabilitation, Bangor Library and the State Board of Education. 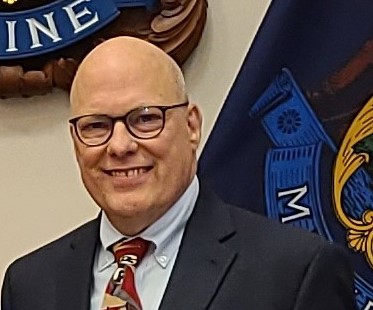 He served 18 years as a member of the Lewiston School Committee with more than half as chair. During this time Handy served on the building committees that oversaw construction of three new elementary schools. Handy recently completed two terms in the Maine House of Representatives after having served 5 terms in the House and 1 term in the Maine Senate in the 1980s and 90s. Handy sponsored legislation that created the Jobs for Maine's Graduates program, and served as a charter member of the JMG Board of Directors. He has been an active member of his community, having served as the Chair of Healthy Androscoggin and a member of the Board of Directors of SeniorsPlus. He currently serves as an advisor to Literacy Volunteers - Androscoggin.

His three adult children are all products of Lewiston Public Schools. He enjoys listening to all types of music, cooking and playing with his rescue Steve Alexander Hamilton, a Corgi/Australian Shepherd. 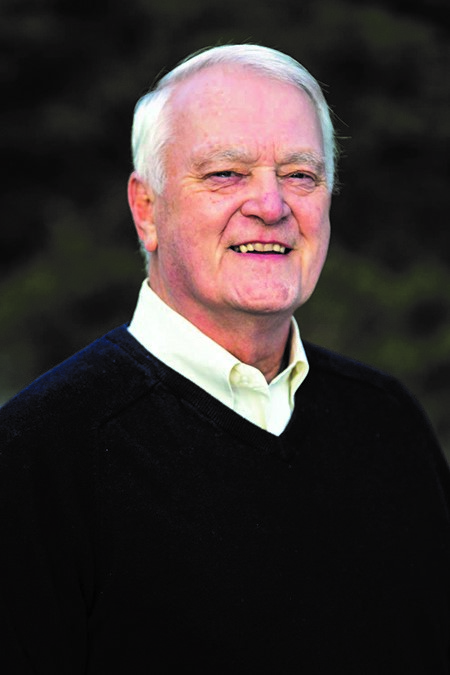 Norman Higgins resides in Sebec and is a fifty year resident of Piscataquis County. He is a graduate of Higgins Classical Institute in Charleston, Maine and a graduate of the University of Maine.

He was a classroom teacher, high school principal and Superintendent of School for thirty-two years in S.A.D. #4 in Guilford, Maine. He served as Director of the Maine Center of Inquiry for Secondary Education and Project Manager for Maine School Consolidation.

He was recognized by the Kennedy Center for his leadership in rural arts education. He served on the National Commission of Time and Learning and co-drafted the national report Prisoners of Time.

He served in the Maine Legislature from 2014-2020 representing rural Piscataquis County. He was a founding member of the Broadband Caucus.

He has a lifelong passion for serving the needs of students in rural Maine. 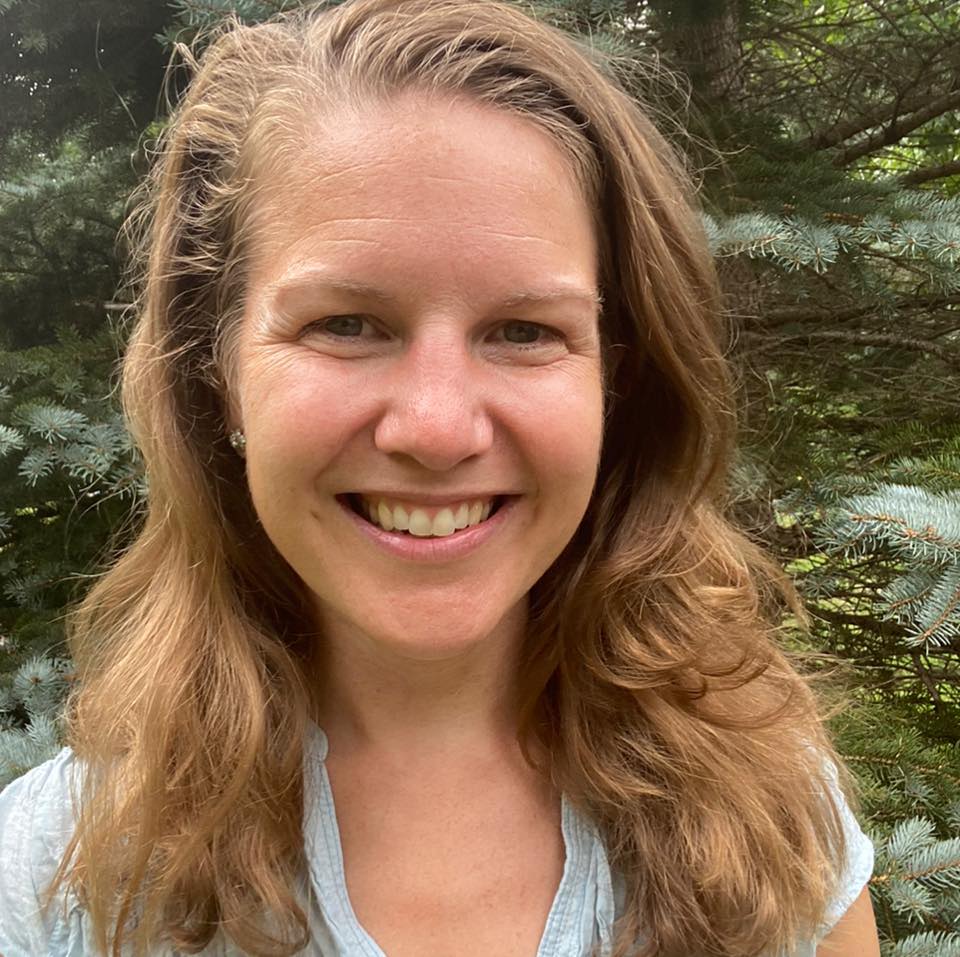 As Vice President for Enrollment & Dean of Admission and Financial Aid at Bates College, Leigh Weisenburger leads and works closely with a team of nearly 30 colleagues to oversee strategic recruitment, enrollment, and the allocation of need-based financial aid for Bates students. In this role, Leigh co-chairs Bates’ Enrollment Planning and Strategy Committee, engaging an array of campus partners to ensure overall institutional enrollment priorities are met and sustained. Leigh began her work at Bates in 2004 as an assistant dean of admission, became dean in 2012 following a national search, and was later promoted to vice president in 2021.

When Leigh is not on campus collaborating with students, faculty, and staff, she’s visiting high schools and college-access organizations globally to speak about the value of the liberal arts education, particularly as delivered by Bates. As a member of the National Association for College Admission Counseling, Leigh was on the faculty for the New England division’s Rising Leaders Colloquium.

Outside of Bates, Leigh is deeply committed to her many communities. She serves as Treasurer on the YWCA of Central Maine’s Board of Directors, is a member of the Olympia Snowe Women’s Leadership Institute Corporate Leaders Network, is a member of the Barbara Bush Children’s Hospital’s NICU Family Advisory Council, a member of the City of Lewiston’s Planning Board, and a gubernatorial appointee to the Maine Charter School Commission.

Leigh earned her B.A. in American Studies from Smith College. Along with her husband, Austin, Leigh has two young children, Josephine and Lawrence. Together, as a family, they enjoy spending time outdoors and traveling.