On 09/12/2022, Cpl. Cropper stopped a vehicle for speeding northbound in Kennebunk. The 23-year-old female operator from Boston, MA was suspended in Maine for failure to pay fines. She was summonsed for the speeding and OAS-Civil. The male passenger was positively identified as EARL S. GUERRA (33) of Boston, MA. GUERRA was out on bail for DV assault. The protected person was the female operator. The vehicle was towed and the female was dropped off at the NB Kennebunk Plaza. GUERRA was arrested for VCR and transported to YCJ.

On 09/14/2022, Troopers responded to a crash at mile marker 14 NB in Ogunquit. The investigation determined the operator of a pickup truck was driving northbound on the Turnpike when he fell asleep and swerved into the middle lane, swiping a tractor-trailer. The crash caused the pickup truck to roll over several times. The passenger in the pickup truck was ejected from the vehicle. He was not wearing a seatbelt. The passenger suffered serious injuries and was transported to a Portsmouth, NH hospital. The drivers of the pickup and the tractor-trailer were not injured. At the time of the crash, the pickup truck was transporting 10 dogs in a steel cage in the back of the truck. One dog was found deceased at the scene and eight dogs were recovered. Of the recovered dogs one was taken to a local veterinarian.

On 09/17/2022, at approximately 8:00 p.m., Maine State Police received two calls from drivers claiming they had seen what appeared to be Whiskey, the lone missing hunting dog from a recent crash, around mile 11 northbound on I-95 in the town of York.  Tr. Williams began searching the area, lighting up the woodline as much as possible using cruiser lights and a flashlight.  Tr. Williams eventually noticed a couple eyes shining back at him from the woods and found it worthy of investigation.  Tr. Williams stopped his cruiser and was able to see Whiskey’s head through the tall grass.  Whiskey began howling back at Tr. Williams.  Whiskey was weak and shaking, but otherwise appeared to be uninjured.  Tr. Williams walked Whiskey back to the cruiser where he was fed and watered.  Whiskey was turned over to the Ogunquit Police and Animal Control Officer where he will be cared for until reunification with his owner.

On 09/15/2022, Cpl. Ricci Cote stopped Michael Dickson (43) of Woolwich on the ME Turnpike northbound in Gray.  His ME driver’s license was found to be suspended.  He was charged with Operating after Suspension and Possession of a Suspended License.  His vehicle was towed away.

On 09/15/2022, Tr. Ellis responded to the Falmouth area on I-295 to assist Troop B with a median rollover crash. One of the occupants was seriously injured and the highway was temporarily closed as a result of the crash.

On 09/16/2022, Tr. Bourdelais responded to a motor vehicle crash on the turnpike near mile marker 60 in Gray. It appeared the vehicle made contact with the guardrail causing major front end damage resulting in the vehicle being towed. The operator was identified as John Kearney. Upon further investigation, Kearney appeared to be under the influence.  He refused field sobriety tests and was subsequently arrested and charged accordingly.

On 09/17/2022, Tr. Bourdelais represented the Maine State Police Honor Guard at the Big E in Massachusetts in support of the Agriculture Department for Maine Day. Other Maine agencies participated in the event to include the Forest Rangers and Game Wardens. 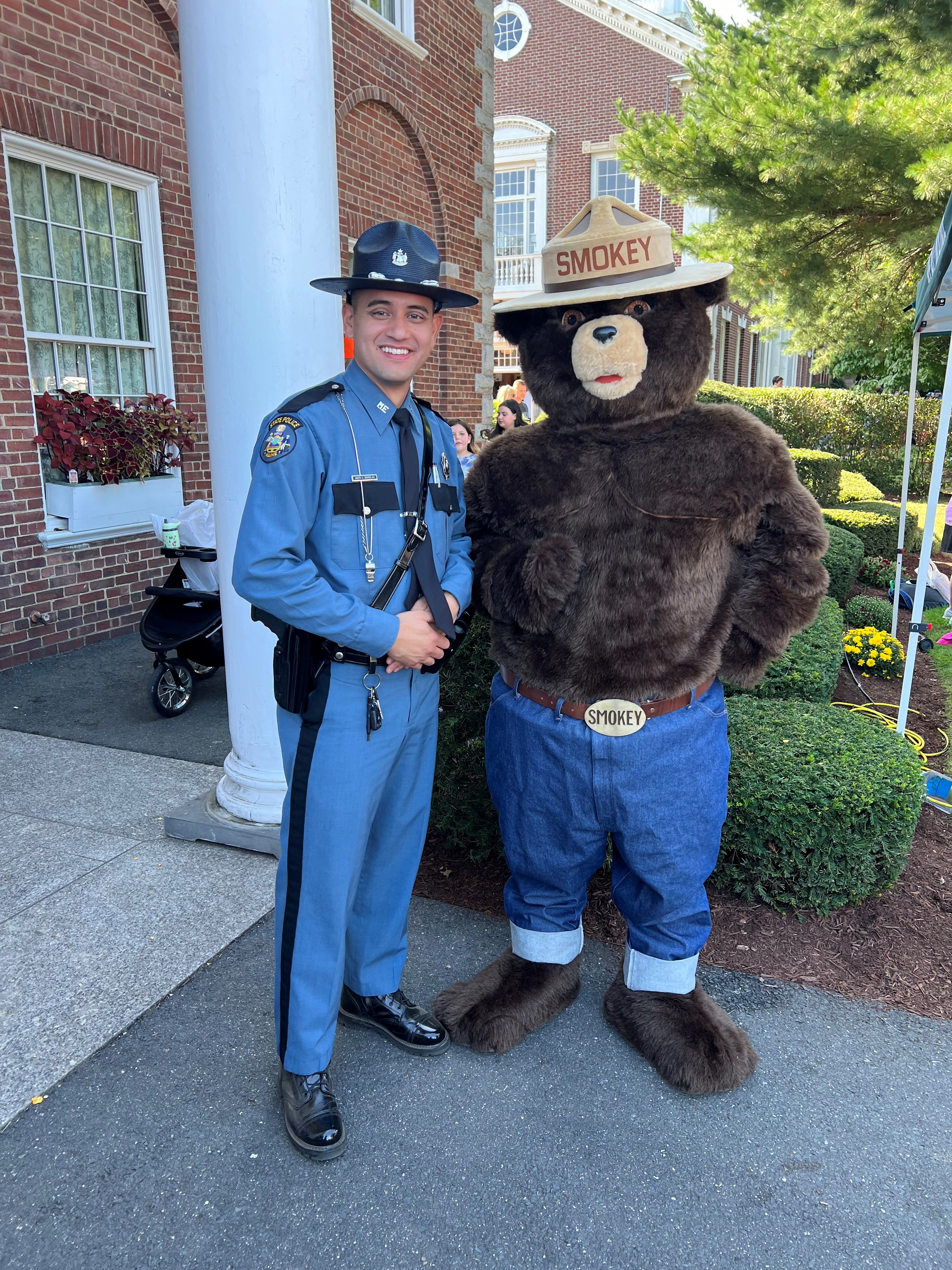 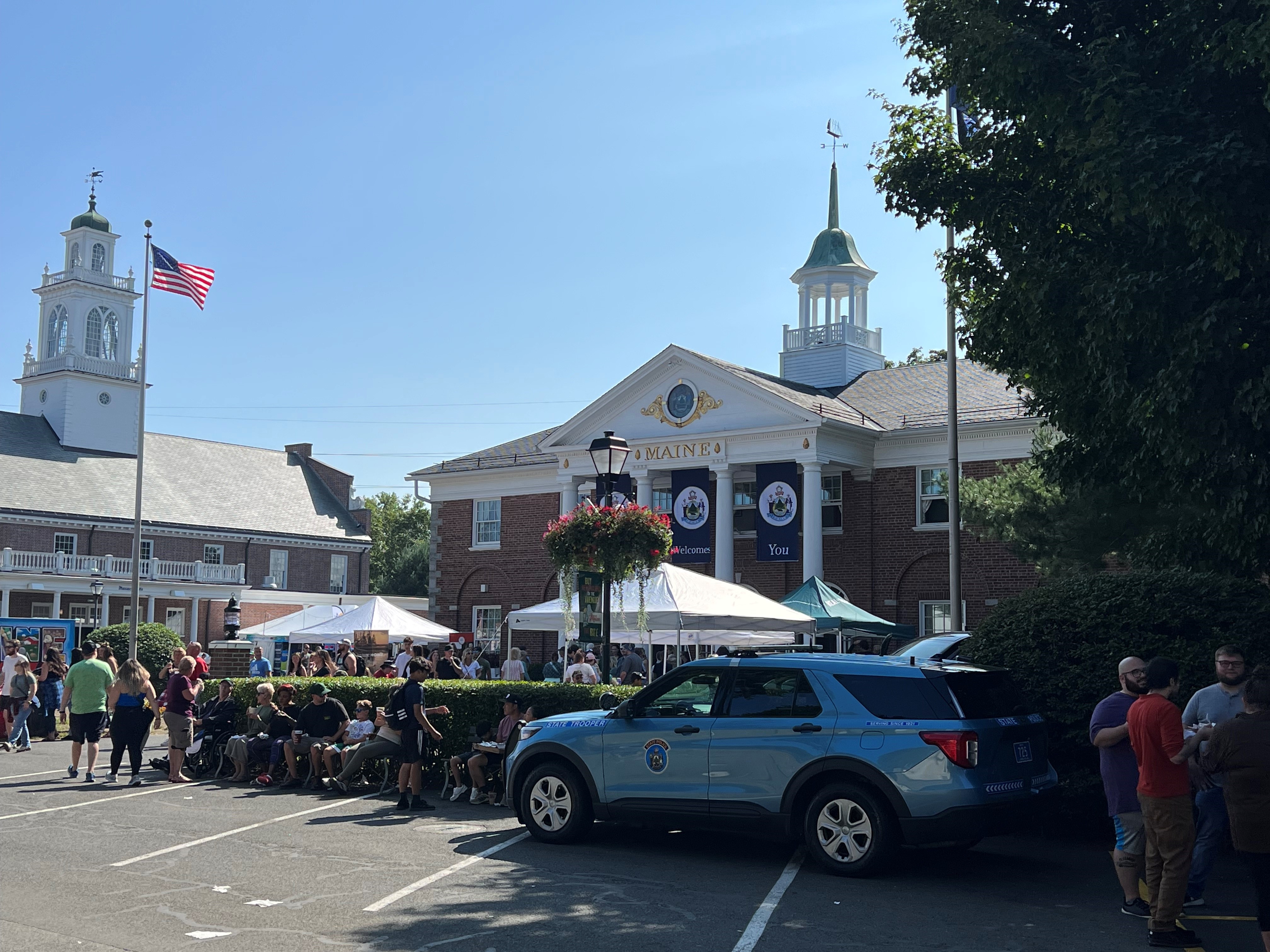 On 09/17/2022, at approximately 3:30 p.m., Troopers Burke and Williams and Cpl. Cropper responded to a motor vehicle crash southbound on I-95 in the town of Wells.  Upon arrival Tr. Burke secured the scene and provided first aid to the occupants.  An investigation revealed the vehicle had left the roadway due to an unknown cause and crashed into a tree, totaling the vehicle.  The 65-year-old male driver sustained significant but non-life threatening injuries to his head and back.  The passenger, a 65-year-old female, suffered a possible injury to her back.  Both occupants were transported to Portsmouth Regional Hospital for treatment.

On 09/17/2022, Tr. Anstett responded to Naples for a pedestrian fatal crash involving a two-year-old child. Tr. Anstett assisted CCSO and MCU with drone mapping of the crash scene.

On 09/17/2022, Cpl. Sucy pulled over a passenger van for speed. Upon further investigation, it was found that the driver of the vehicle, Eric Kibonge (38) of Lewiston, had a suspended license. Kibonge was charged with OAS and released from the scene.

On 09/18/2022, Cpl. Sucy pulled over an SUV for speed. Upon further investigation, it was found that the driver, Peter Robinson (27) of E. Machias, was found to have a suspended license.  Robinson was charged with OAS and released from the scene.

On 09/18/2022, Cpl. Sucy pulled over a sedan for speed. The driver, an 18-year-old male from Lewiston, was found to be operating the vehicle without a license. He recently moved to Maine from Brazil and there was a language barrier. The male was under the impression his ID card was a driver’s license. He was educated on getting a driver’s license. The vehicle was towed from the scene, but the operator was not charged with any crimes.