On 06/14/2021, Tr. Darcy charged Cheryl Simon (45) of Mars Hill with Operating after Suspension as the result of a traffic stop northbound on the turnpike in Kennebunk.

On 06/17/2021, Augusta RCC had several complaints about a box truck traveling on I-95 SB from MM 70.  SFM Gardner attempted to stop the vehicle but it continued until MM 53 where the box truck finally pulled over. Cpl. Cloutier arrived on scene and it was determined the operator/owner, Harry Hicks of TX, was in possession of alcohol and marijuana in violation of Commercial MV regulations. Tr. Rob Flynn of CMV responded and issued Hicks a summons for the misdemeanor offense of Possessing Drugs while On-Duty Operating a Commercial Motor Vehicle. A PBT was conducted which showed .00% BAC.  Tr. Flynn placed Hicks out of service for at least 24 hours. Copp Motors towed the box truck. Tr. Loder, Sgt. Porter, Sgt. Bergquist, and Lt. Baker also assisted on the stop.

On 06/19/2021, Sgt. Wilkinson and Tr. Loder responded to MM 24 northbound on the Turnpike where several complaints were taken that a male was assaulting a female. Once on scene and after further investigation, the male was arrested for DV Assault by Tr. Loder and the female was transported to Southern Maine Health Care for further evaluation. Sgt. Shaw from Wells PD also assisted on scene.

On 06/19/2021, Cpl. Cote arrested Michael McMahon (27) of Mexico, ME, off of the Weymouth Road in Gray.  He had been stopped on the ME Turnpike northbound in Gray and fled on foot into the nearby woods.  He had an active warrant out of York County for Violation of Bail on a Robbery charge, his license was suspended, he had two active Conditions of Bail, and was on Probation.  Several agencies were involved, including Troopers from Troops G, B, D, and the Traffic Division (drone); the Maine Warden Service; and the Cumberland County Sheriff’s Office.  McMahon surrendered to a Warden Unit after he had been spotted.  He was taken to the Cumberland County Jail and charged with multiple crimes.

On 06/19/2021, Cpl. Physic was called to MM 2 to assist Portsmouth Police Department who had chased a vehicle into Maine.  Cpl. Physic ended up arresting Noah Crawford for OUI after he took an intoxilyzer test and blew over the legal limit.  Portsmouth PD will have additional charges for Noah.

On 06/19/2021, Cpl. Physic pulled over a vehicle for erratic operation at MM 25. Cpl. Physic ultimately put the driver, Kathleen McDonnell from New Hampshire, through SFSTs.  Cpl. Physic arrested Kathleen for OUI who later refused to take the intoxilyzer test.  At the time of the traffic stop, Kathleen had her two kids in the vehicle with her.  Kathleen was charged with OUI and Endangering the Welfare of a Child.

On 06/19/2021, Cpl. Physic summonsed Abdulrahim Albasha for Operating without a License.

On 06/20/2021, Sgt. Duda stopped Appolinair Karara (59) of Lewiston after receiving a traffic complaint on him. He was summonsed for operating after suspension.

On 06/20/2021, Sgt. Duda stopped Jeffrey Osayande (21) of Massachusetts for speeding 100 MPH southbound in Kennebunk. He was summonsed for speed.

On 06/20/2021, at approximately 0545 hours, Sgt. Duda was monitoring northbound traffic near mile marker 32 in Biddeford. A white Nissan sedan bearing Massachusetts registration passed by at 97 MPH. As Sgt. Duda pulled out of the crossover, the vehicle sped up to 107 MPH and was operating erratically. When Sgt. Duda caught up with the vehicle and attempted to conduct a traffic stop, the vehicle failed to stop. Sgt. Duda activated his lights and siren and the vehicle continued at speeds around 100 MPH for approximately 1.5 miles before it came to a slow stop near mile marker 36 northbound. The female operator, Hailey Arrigal (26) of Quincy, Massachusetts was placed under arrest. It was also determined that Arrigal was intoxicated. She was transported to the Saco Police Department for a breath test, which she refused to take. She was charged with operating under the influence and eluding an officer.

On 06/20/2021, Tr. Kristy LiBritz assisted with the Cop on Top event in Bridgton where the proceeds benefit the Special Olympics. 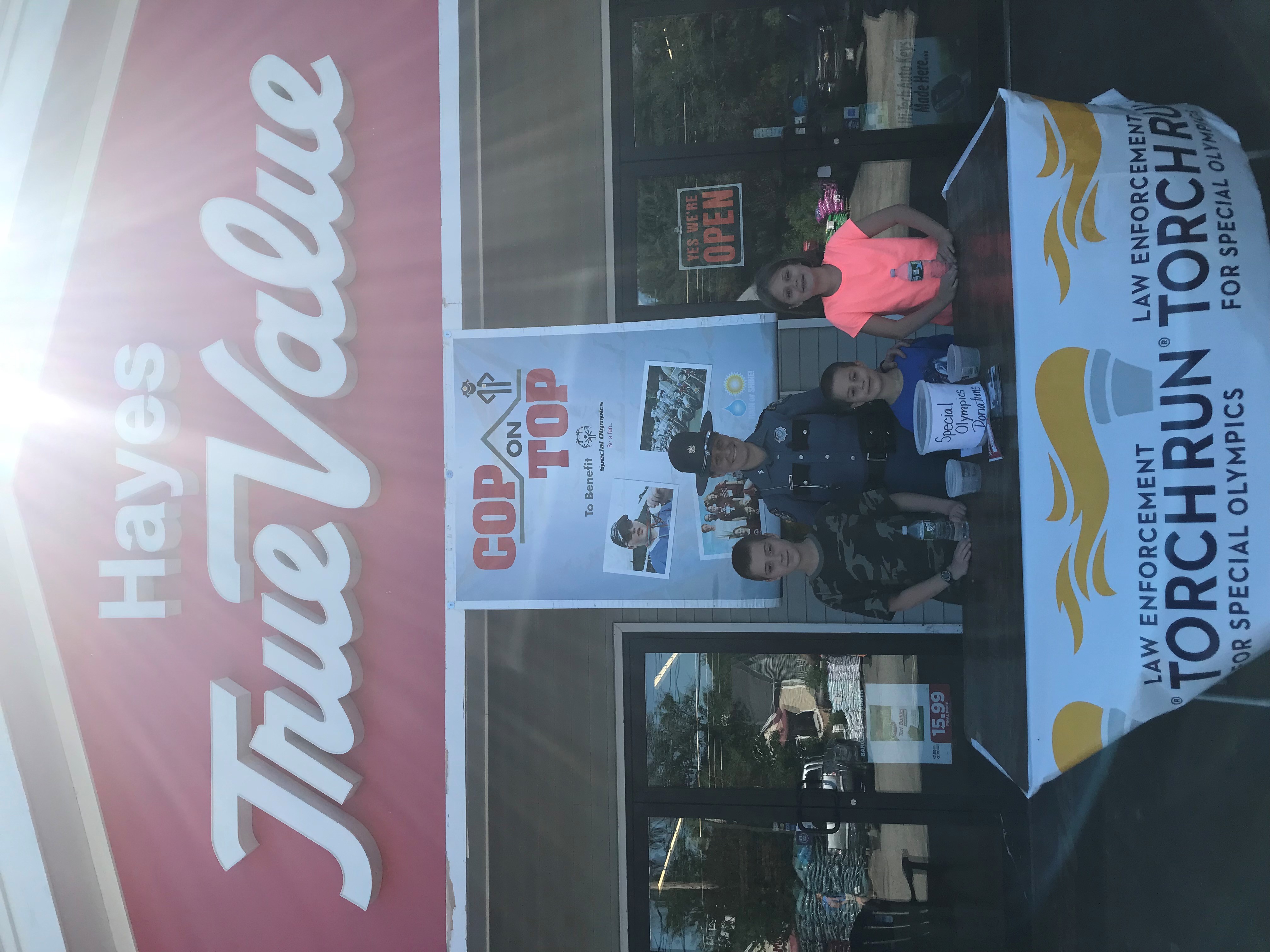