On 05/17/2022, Cpl. Cote stopped Alfred Georges (23) of Orlando, FL on the ME Turnpike southbound in Biddeford.  His FL license was listed as not valid.  He was charged with Operating Without a License and his vehicle was towed away.

On 05/17/2022, Cpl. Cote stopped Justeen Houle (36) of Warwick, RI on the ME Turnpike at the Biddeford tolls.  She was under the influence and put through a battery of field sobriety tests.  She was found to be impaired and arrested.  She was transported to the Saco Police Department where she refused to submit to an Intoxilzyer test.  She was charged with Operating Under the Influence.

On 05/17/2022, Cpl. Cote stopped Linda Cleaves (62) of Lisbon on the ME Turnpike southbound in New Gloucester.  Her ME driver’s license was found to be suspended.  She was charged with Operating after Suspension and her vehicle was towed away.

On 05/18/2022, Tr. Anstett stopped Victoria Guitard (23) for Criminal Speed on I-95 in New Gloucester. Guitard was charged with Operating After Suspension and for speed.

On 05/19/2022, at 1945 hours, Troopers from Troop G responded to reports of a tractor trailer rolled over on the mile maker 75 entrance ramp to I-95, southbound in Auburn. The operator failed to keep the "U.S. Foods" tractor trailer in the proper lane on the entrance ramp and went off the roadway to the left, into the ditch and rolling the truck onto its side. Troopers believe the cause of the crash may have been due to the driver operating fatigued. No injuries reported to the single occupant and operator. Midcoast Towing of Durham, ME responded and removed the vehicle. No roads were shut down during the removal and traffic continued to flow while Midcoast worked to get the truck back onto the roadway. The Maine State Police Commercial Vehicle Enforcement Unit was also notified of the crash. 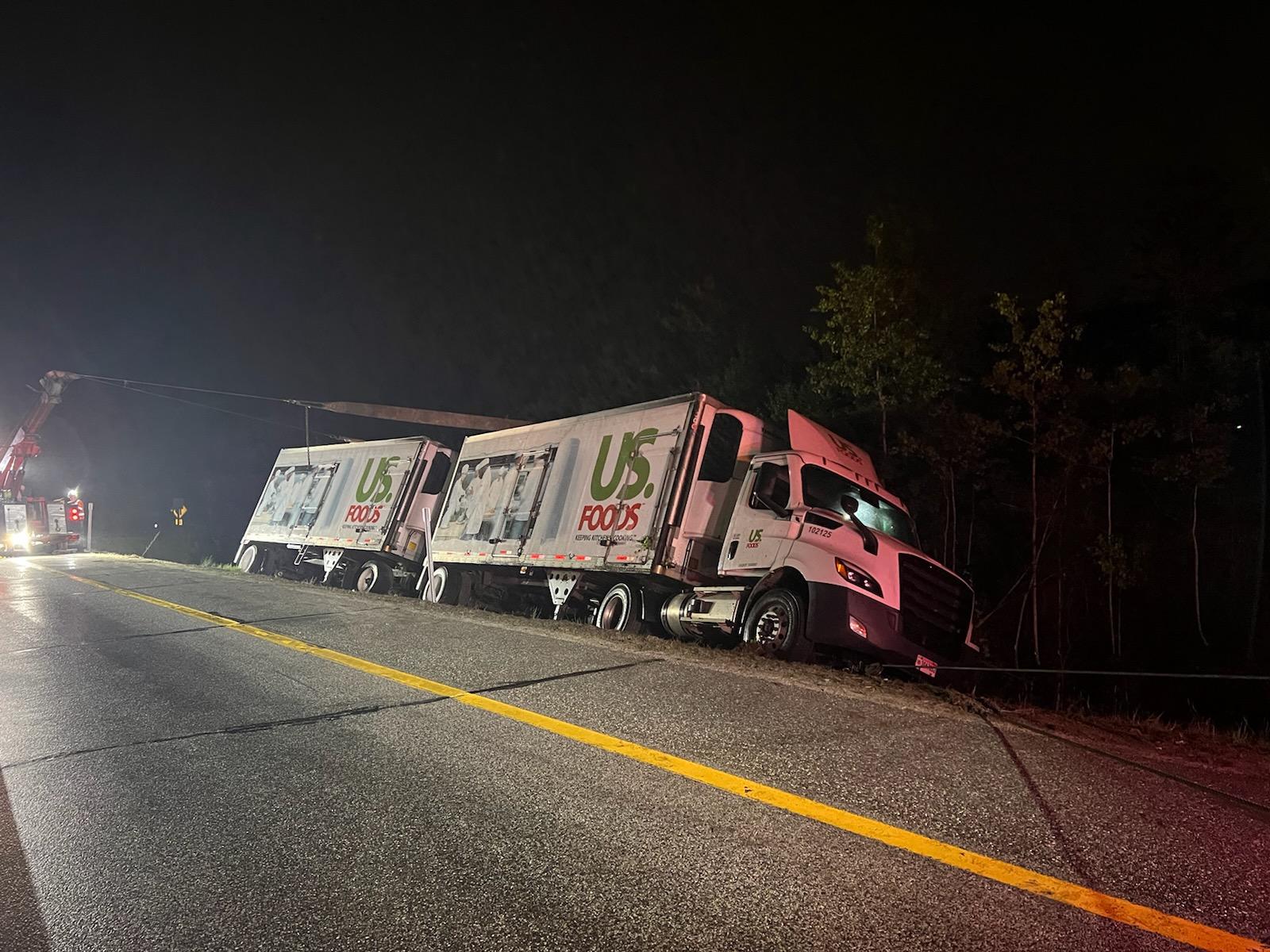 On 05/19/2022, Tr. Anstett stopped Malcom Gilpatrick (19) of Westbrook for speeding on I-95 in the construction zone at mile marker 44 northbound. Gilpatrick was charged with operating without a license, falsely attached plates, and summonsed for speed violation in the active construction zone.

On 05/20/2022, Tr. Anstett stopped Brittney Watson (22) of Lewiston at mile marker 99 on I-95 for speed. Watson was charged with Operating After Suspension and for speed.

On 05/21/2022, Cpl. Cote stopped Juan Carlos Orellana Melgar (30) of Revere, MA on the ME Turnpike southbound in York.  He did not have a driver’s license and was charged with Operating Without a License.  His vehicle was towed away.

On 05/21/2022, Troop G covered two PI crashes involving the Outlaws Motorcycle Club. At the Kennebunk plaza northbound, a group of Outlaws from Massachusetts were attempting to merge onto the main line when one of the full patched members locked up his brakes and dumped his bike. That Outlaw sustained broken ribs. The other crash occurred not long after on the 102 northbound off ramp in West Gardiner. That Outlaw member from a Vermont Chapter was going too fast on the ramp, went off the roadway, and was thrown from the bike after his highway bar got caught up in the ditch. That Outlaw sustained a neck injury.

On 05/22/2022, Tr. Ellis stopped Taylor Clifton (38) of Mississippi for speeding on the ME turnpike northbound in Wells. He was found to have a suspended license. He was charged with operating without a license. The vehicle was towed away.