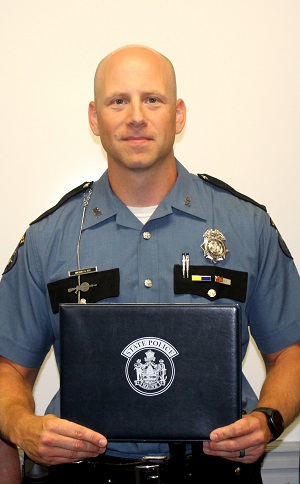 Major Crimes Unit - North Detective Greg Roy was recently promoted to Sergeant in the Specialty Teams Unit as the Tactical Team Commander.  Det. Roy is a 13-year veteran who began service in Troop J before being promoted to Detective in 2015.  He has been a member of the tactical team since 2012 and has served as the Commander since 2020. He was named Trooper of the Year for 2021, has been awarded the Maine State Police Award for Bravery, and was nominated for Trooper of the Troop in Troop J four times, has received the Maine State Police Colonel’s Award, and served as Cadre for the 67th Recruit Training Troop (RTT) at the Maine Criminal Justice Academy.