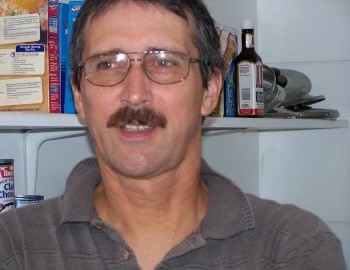 On the evening of September 24, 2015, the Caribou Fire Department responded to a house fire on lower Lyndon Street in Caribou. After putting the fire out firefighters discovered the body of the homeowner, 58-year-old Kenneth Zernicke.  Zernicke’s death was ruled a homicide after an autopsy at the Office of the Chief Medical Examiner’s Office, but the case was never solved.

Zernicke’s home is located near a busy four-way intersection and Maine State Police Detectives have always hoped someone saw something that would help with the investigation.

“It’s a small town. Somebody knows what happened to my brother. I just want them to come forward and do the right thing. I’m hoping this reward will help make that happen” said Zernicke’s brother Joe Bourgoine who described Ken as an avid outdoorsman who loved to hunt and fish.

Bourgoine has spent the past six years saving money for a reward that he hopes will provide answers.
The reward being offered is $10,000.

If anyone has information about the case they are asked to contact Detective Adam Bell at the Houlton Barracks, 207.532.5400