In this video, I'll be offering an overview of the module goals and learning objectives. This module has one main goal, which is to understand the components of a full-scale MTSS as a single system for whole-school continuous improvement. The learning objectives that will be used to measure this module goal are: 1. Define MTSS 2. Identify the main components of a full-scale MTSS 3. Examine the system as a framework for whole school continuous improvement 4. Understand implementation science as a driver for establishing an MTSS 5. Review one schools process of implementation

In this video, I am going to offer an overview of the module framework, and the work pages that you will be able to use while engaging with the module. This module utilizes a three-phase framework consisting of an exploration, module content, and wrap up. During the exploration, you will be invited to work out some of your thoughts and ideas on the Assess the Barriers work page. This work page had been designed to get you thinking about some of the barriers that you believe may exist in your school in relation to the content. Working through the Assess the Challenge page leads you through a process in which you identify a goal, or something you would like to achieve, by the end of the module. During the Wrap up, you will be invited to reflect on the barriers you identified, and based on the content of the module, identify potential action steps that you can do to reduce or remove those barriers. Feel free to print out the work pages to write on, or simply use them as a guide if you prefer to take notes in a notebook or other digital note-taking method.

MTSS, or Multi-tiered Systems of Support, is a whole-school systems approach to creating universally designed environments that prevent school failure and ensure the academic, behavioral, and social-emotional well-being of each and every student. Like the tiers of a birthday cake, where each tier is supported by the ones below it, MTSS is a method of layering increasingly intensive supports for students when they need it, and for as long as they need it. MTSS is comprised of 4 essential components that are supported by a 5th critical component, strong team leadership. With a leadership foundation in place, schools are able to utilize evidence-based practices, effectively layer supports for student success, use data to make critical decisions about school environment, curriculum, instruction, and student supports, and thoughtfully engage families and communities to be part of the overall success of the school community. A full-scale MTSS includes analyzing, and sometimes reorganizing all available resources within the school context such as people, facilities, time, data, curriculum & instruction, and any additional resources. 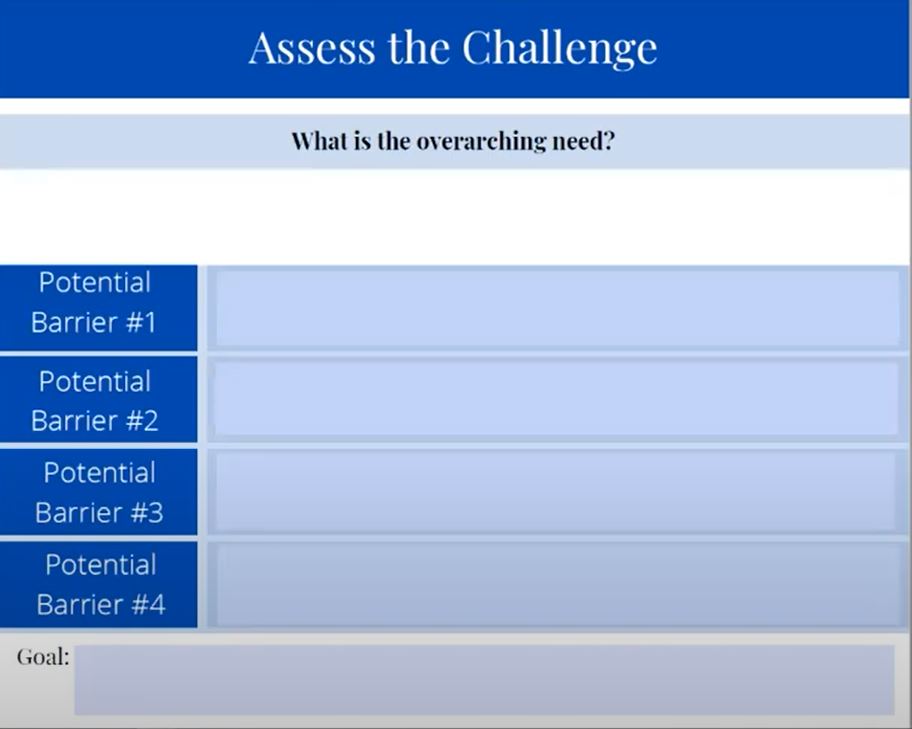 Lesson 2  - A System with a Single Purpose

One School's Efforts in Action

So one of the example schools, um, recently within the last year or two, um, decided to, or attempted to try the implementation science model, um, to build their RTI from the ground up and they weren't calling it RTI. Um, they were calling it MTSS because, um, what they really wanted to, to keep a. Vision on was the whole school functioning and not necessarily just the, the groups of students that were looking to that needed intervention.

And so, um, you know, what they, what they want to doing is, um, many of the pieces of the exploration phase. Um, and then, uh, maybe skipping over a few of the. So for example, um, this particular school did a needs assessment. They did their resource mapping. They did create a vision, but they went into it with a predetermined team.

Right. So they didn't do the team. Um, you know, th th th the team construction, they didn't build their team from their pool. Um, the team was created for them, or they, they predetermined who was going to serve on that team. Um, and so they, they did pretty good with that exploration phase, um, in terms of. You know, setting up their systems and, um, defining and articulating information to staff and families and, and things where things were ready to go

when they got to the installation phase. Um, they did even a little bit better. Right. So, um, they prioritize their needs and separate. They decided on decision rules and then, um, their decision rules they're look for is, and then they actually created a flow chart that was posted in some of the common places that teachers would hang out.

They had their timeline all mapped out for when they were going to do. And like the time intervals in between. And then they did the work to create a master schedule. And so, um, they looked at the schedule that they had and then they basically like tore it down to nothing and then added in, um, using their resources.

They rebuilt that schedule to minimize the time that the highest needs students were moving around the building. And, and, you know, wasting that transition time and figuring out how they could incorporate a master schedule that would support learners and also be inclusive. I'm sad to say that they skipped parcel partial implementation.

They went straight for the full implementation by, um, not, uh, dripping it into their system. Uh, it's not recommended to skip this step. And then they're filling the implementation piece. Um, it, you know, what was going pretty well. Um, and so they were, they were keeping up with their schedule. They were, um, monitoring for fidelity using, um, what they, uh, a process called instructional rounds.

I don't know if you've heard of instructional rounds, but they are linked in the resources. Um, and then they also found that, um, the teachers were coming to them because they had a lot of people coming and going from their class. And they were feeling a little bit overwhelmed about, um, different people that were coming and going that maybe they didn't recognize or didn't introduce themselves, or they were just unsure.

And so the team went back to the exploration phase and said, okay, we have a, we have a problem here. Our teachers need more clarity. What are some of the ways that we can address the problem? They decided that they would use a leave behind system. And so they, um, looked at some practices, um, where items got left behind and, um, for the teacher and, uh, they decided on a three-piece, uh, policy or three-piece practice.

So praise. Prob and Polish. Um, and so when, uh, when a new straighter would come in, or one of the implementation team folks would come in to do their instructional round or to do like a, just a one-off like walkthrough, um, they would leave a piece of paper that would praise something that they saw the teacher doing.

And then they created on the materials and they communicated with that with the staff. And so that was, um, implemented into their, um, into their implementation. 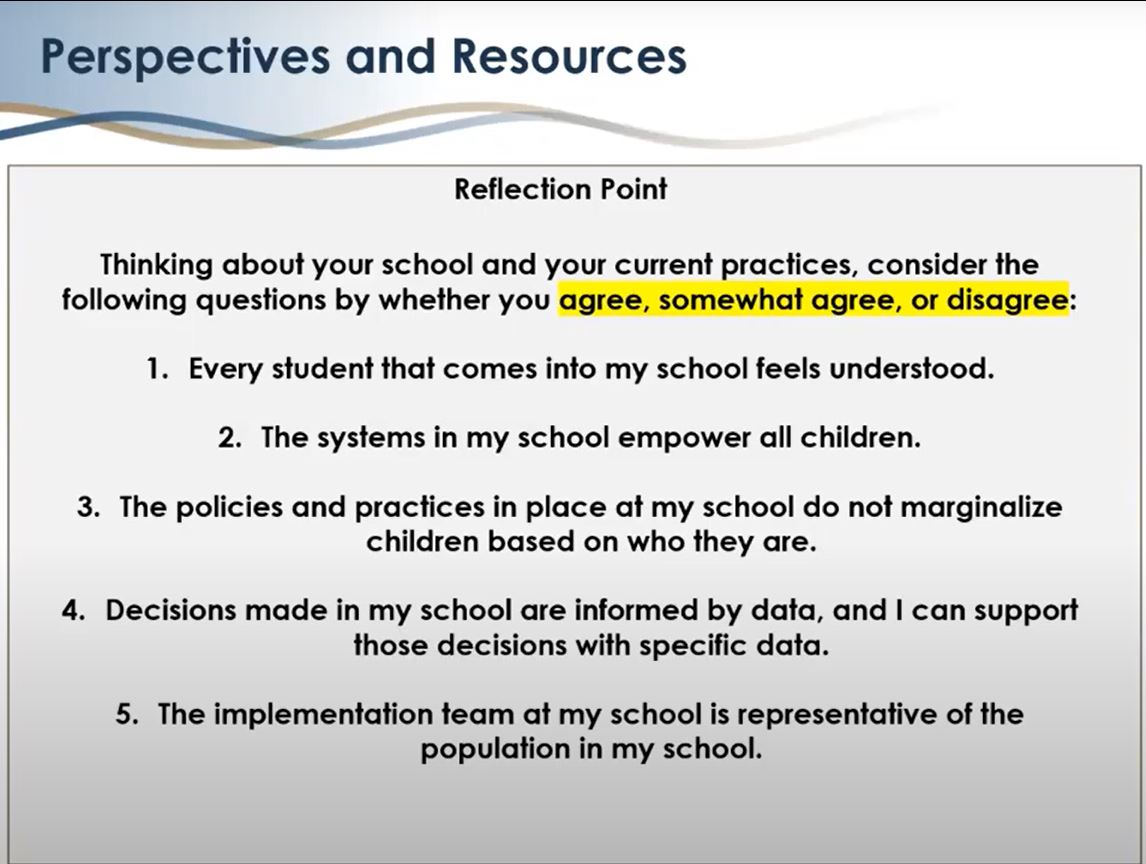 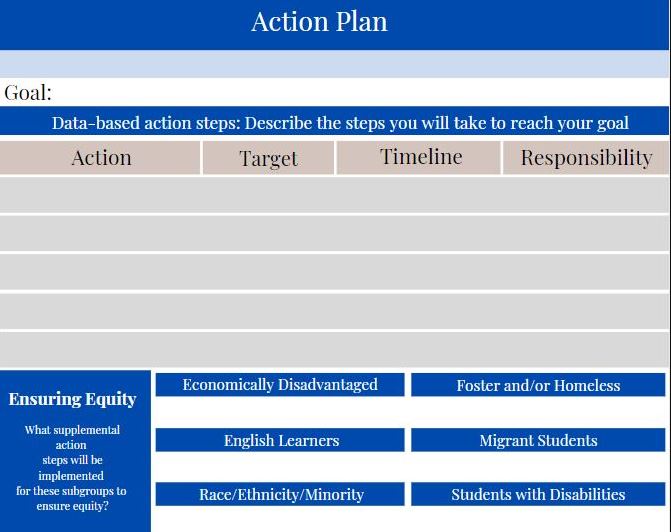